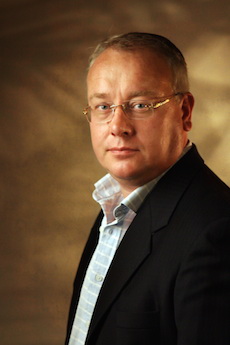 Richard Brouwer, CEO of Khiri Travel, said: “All the American carriers still (provide connections to Asia). However, if you see what the Asian and Middle Eastern airlines have done to open up (routes from) America, it’s amazing.”

For example, Taiwan’s Eva Air operates 80 flights per week between North America and Taiwan. From Taiwan, passengers can transit to Bangkok on the airline’s 26 weekly connections on the Taipei-Bangkok route, recently increased from 17 flights a week.

Capitalising on this route, the Tourism Authority of Thailand (TAT) entered into an MoU this month with the airline, aimed at jointly promoting travel between North America and Bangkok.

Brouwer also pointed out that Singapore Airlines has plans to reinstate its direct flights to the US this year after its termination a few years ago.

A problem, however, is the lack of agent interest to sell certain routes, Brouwer said. “These days, only a few agents have contracts with airlines. The earnings from tickets are not that large anymore… and passengers (now make decisions) based on miles – many tour operators don’t want to deal with that.

Still, Brouwer is optimistic that demand for South-east Asia will grow in the US, where travellers are increasingly seeking authentic, cultural experiences.

Also observing growing demand for cultural and nature tours in South-east Asia is Kaushik Sen, president of World Travellers’ Club, which specialises in custom itineraries for US FITs.

Meanwhile, sentiments about Canada are more varied. While TAT recently announced plans to set up an office in Canada, Vietnam National Administration of Tourism (VNAT) was less enthusiastic.

Vu Nam, deputy director general, tourism marketing department of VNAT, said Canada is still “quite a small market”. The country welcomed “only 100,000 visitors from Canada” – compared to about half a million from the US.

Vivek Khanna, president of Tourcan Vacations, an agency that handles Canadian outbound to Asia, said: “Numbers into Singapore have dropped over the years because of the lack of exposure. But Vietnam, Thailand, Indonesia and Cambodia are doing well.”