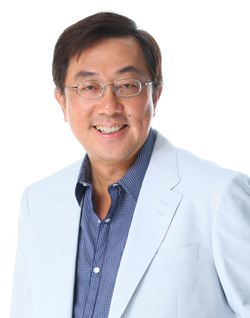 Europe’s terror attacks and the Zika virus weigh most on Asian outbound travel business this year, but agents show resilience and dig in their heels to overcome these crises. Which crisis affected your business most this year?
Travel risks abound everywhere, even at home. We are constantly at the mercy of health epidemics, natural calamities, political unrest, among a host of possible travel disruptions. This year has been marred by a record number of terrorist attacks in key Singaporean holiday destinations such as Europe.

How did you cope with this situation to allay fears? What would you advise clients on their future travel plans?
We will continue to recommend Europe as it is a continent (large enough that) for repeat travellers to find something fresh every time. We have seen a skew in demand for less mainstream Europe destinations such as Iceland, Scandinavia and Eastern Europe.

While we should take the necessary precautions, we should not allow attacks to paralyse travel, which is an important source of revenue and employment for many countries. We remind travellers to remain vigilant and where possible, avoid crowded places and public gatherings. – Paige Lee Pei Qi What crisis affected your business most this year?
It was the weakened purchasing power resulting from Thai and global economic conditions, which caused outbound tour business to drop significantly.

(Compounding the problem), fierce competition due to the growing number of players, especially illegal ones selling tour packages online, has caused price wars. Many tour operators have to sell package tours at minimal profit to survive.

We are coping with the situation by cutting our operation costs, introducing new tour services and applying greatest flexibility to meet customer demand.

How did you cope with this situation to allay fears? What would you advise clients on their future travel plans?
The economic slowdown continues to concern us. Although clients still have money, lower purchasing power could cause them to cut spending on trips.

Today, tour operators need to make adjustments to deal with customer trend. Markets are changing dramatically and only the strong and flexible can survive.

We are about to adjust our (methods) and give advice that suits the budgets of customers. We will design the tour packages according to their demand and budgets to survive the economic downturn and intense competition.

I hope that purchasing power will recover in the first quarter of next year. – Chadamas Chinmaneevong Which crisis affected your business most this year?
The spate of terrorist attacks in Europe early this year dampened Hong Kongers’ travel desire and outbound traffic to the region.

Our longhaul business to Europe dropped 30-40 per cent as the market reaction to these incidents was swift. Thankfully, travellers tend to (move on from) this kind of incidents quickly and such negative sentiments didn’t stay long.

So far, the market is pretty stable and Hong Kongers continue to travel as this is part of their (lifestyle).

How did you cope with this situation to allay fears? What would you advise clients on their future travel plans?
Given how vast Europe is, we try to generate more choices of routes to stimulate demand and interest. Instead of tours to Central Europe, we developed more in-depth itineraries to European destinations (deemed to be) safer, such as second- or third-tier cities in Eastern, Western and Northern Europe.

With the (seemingly random occurence of) disasters – natural or man-made – we strongly advise clients to purchase travel insurance or pay attention to news. We would not tell clients where to avoid as they have their own preference. – Prudence Lui Which crisis affected your business most this year?
The biggest crisis that affected our business this year was the bombings in Thailand in August, which left at least four dead and dozens injured, including 10 foreigners. The blasts appeared to be targeted at tourist hotspots around the country, and came just a few days before the first anniversary of the devastating bombing at a Hindu shrine in Bangkok.

We allayed the fears of some of our FIT clients by informing them that the Thai prime minister ordered (tightened) security especially in tourist districts.

However, we had to cancel our bigger group tours, causing a drop in sales to Thailand, one of our main outbound destinations. Last year we sent roughly 1,800 people to Bangkok and this year the number dropped to 700. We had to re-route our Bangkok groups to other destinations.

How did you cope with this situation to allay fears? What would you advise clients on their future travel plans?
We anticipated the situation in Bangkok would improve in a few months but since clients were still wary, we stepped up promotions of destinations such as Malaysia and Vietnam. – Feizal Samath Which crisis affected your business most this year?
Apart from the terror attacks in Europe, Internet-isation is also affecting business.
It is not so much a crisis but a travel trend that affects business. We’re losing sales on hotel accommodations and airline seats to OTAs like Expedia, Booking.com and Agoda. Airbnb is getting market share and airlines have their own selling platforms.

The only way to counter this trend is to continue creating travel products that require the expertise of an experienced travel provider.

How did you cope with this situation to allay fears? What would you advise clients on their future travel plans?
Terrorism can hit anywhere and we cannot do anything about it. People should continue to travel but take proper precautions and be aware of what’s happening around the globe.

A few years back, there was massive news coverage about bombing in Israel and nobody wanted to offer the Holy Land pilgrimage tours except us. We performed our security checks through our operators there and ensured that our clients would be safe. – Rosa Ocampo Which crisis affected your business most this year?
Terrorist attacks in several European cities posed a challenge for outbound tourism to these markets because of the security concerns in the minds of Indian travellers, affecting leisure as well as the business segments.

The other major challenge emerged in the form of the Zika virus, which dampened interest in Brazil among Indian tourists. Initially, a lot of Indian sports enthusiasts were interested to travel to Brazil for the Olympics but the spread of Zika virus became a spoilsport.

How did you cope with this situation to allay fears? What would you advise clients on their future travel plans?
Our business was not too affected by the terrorist attacks in Europe or Zika virus in Brazail since we advised clients to travel to other countries that offered similar attractions they were looking for and were considered safe to visit.

I can’t comment on the security scenario in any market as terrorism is a major challenge for tourism today and the entire world – including the global travel and tourism industry – has to stand united to fight the menace of terrorism. – Rohit Kaul Which crisis affected your business most this year?
The biggest crisis was the weakened ringgit which affected the outbound leisure segment as well as government and corporate travel. As people were postponing longhaul travel plans, we proposed (alternative itineraries) within their budget. For example if they wished to experience cool weather, they could opt for South Korea, Japan or China, instead of travelling to Europe.

How did you cope with this situation to allay fears? What would you advise clients on their future travel plans?
We expect the ringgit to strengthen by end 2017 and hope travel demand will return.

Our advice to clients is for them to plan their travel early so they can get good deals and choose holiday destinations that are value-for-money. – S Puvaneswary What crisis affected your business most this year?
The terrorism attacks in Europe were the biggest crises this year. The number of tourists choosing Europe did decrease as a result of the terrorism attacks, but we are expecting a (turnaround) next year.

How did you cope with this situation to allay fears? What would you advise clients on their future travel plans?
We continue to promote Europe even though the continent is having a difficult time. Europe is slowly but surely reverting to being a safe travel destination. – Kathryn Wortley What crisis affected your business most this year?
Our outbound tours were slightly affected by the terrorist attacks in Nice in France and Brussels in the summer but not by too much.

How did you cope with this situation to allay fears? What would you advise clients on their future travel plans?
That was a worrying time for clients so we had to make sure all their fears and questions were answered. We had to monitor and update the status of the situation from our land tour partners there and keep all parties informed.

At the time of the Nice attacks, we had to temporarily hold all tours to France as there was a red alert travel warning. During this time, we worked with our clients to advise them on replacing France with another destination that was suitable for them. – Marissa Carruthers

This article was first published in TTG Asia December 2016 issue. To read more, please view our digital edition or click here to subscribe.