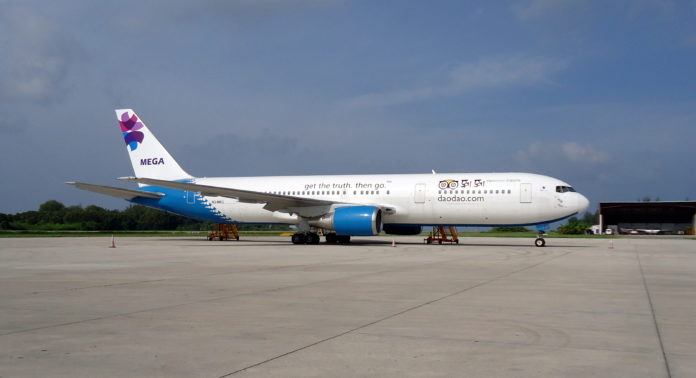 Mega Maldives Airlines has made its entry into the Indian market with the launch of thrice-weekly flights between New Delhi and Malé starting yesterday, November 15. This also marks the first direct service between the two capital cities.

“Maldives is witnessing an increase in popularity with Indian tourists. Over 52,000 Indians visited Maldives in 2015, a year-on-year growth of 20 per cent,” said George Weinmann, founder and CEO of Mega Maldives Airlines.

The carrier is operating the route using a Boeing 737-800 with a configuration comprising 12 business class seats and 156 economy class seats.

Mega Maldives will also begin twice-weekly flights between Mumbai and Malé next month. “Our plans are to begin direct flights from South India to Maldives,” revealed Weinmann.

“We have to take time to allocate the routes and schedules and plan them out. Probably, in about a year’s time or more, we will begin flights from South India.”

Karan Anand – head, relationships of Indian tour operator Cox & Kings, believes the direct service will be a boon for business.

He said: “We welcome Mega Maldives Airlines as direct connectivity between India and Maldives will benefit both countries. Historically, it has been observed that when airlines connect to source markets directly, tourism between both countries increase by at least 25 per cent.”

The entry of Mega Maldives into India comes at a time when Maldives is seeing a major decline in the number of Chinese arrivals.