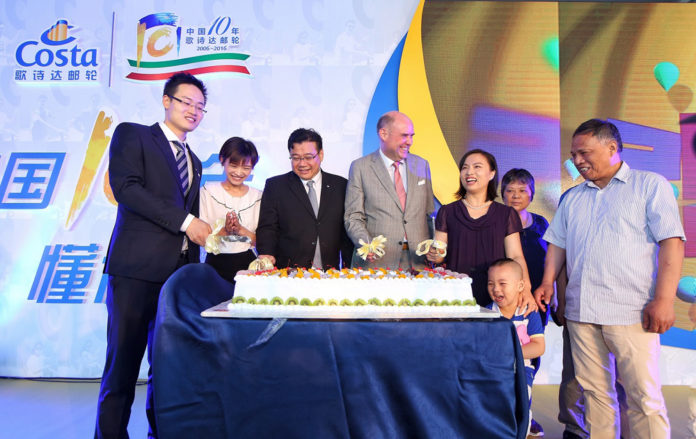 Costa Asia marked its 10th anniversary milestone in China by inviting industry partners and staff representatives to its celebration in Shanghai on July 1. The 2,000,000th passenger also attended the celebration as the guest of honor and was awarded a free ticket for a Costa Cruises vacation. Since its maiden China voyage in July 2006, Costa Asia has served two million passengers in the China and Asia markets.