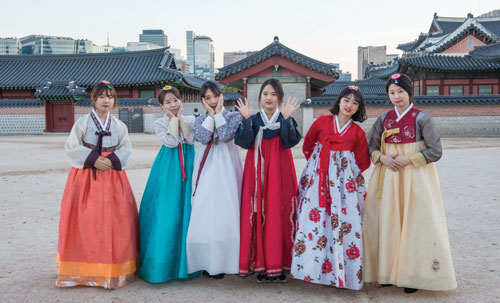 Seoul has long had a reputation for meeting the needs and desires of female travellers, but after a disappointing 2015 for South Korea’s tourism sector as a whole, the trade is once again keen to flaunt its positives to attract more ladies.

While the MERS outbreak last year slowed international visits by some 50 per cent during the June and July period, said Eric Funtowicz, director of sales and marketing for AccorHotels Korea, the company was quick to remedy the situation by leveraging its relationships with agencies and wholesalers to introduce promotions and special offers for the leisure segment.

“South Korea definitely has strong assets for this segment of travellers as it is one of the safest destinations worldwide. It has easy international access, good public transportation, attractive touristic and cultural points of interest, shopping opportunities, an active nightlife and international dining venues,” he pointed out.

Also aiding Seoul’s appeal to women travellers is the availability of spas of high standards throughout the city.

For instance, Hotel Shilla has teamed up with French cosmetics brand Guerlain for its spa, where a dozen professional therapists iron out kinks picked up during the day’s exertions.

The signature treatment at W Hotel’s Away Spa is a total body massage and scrub with lavender flower buds and warm salt, while the elegant spa at Four Seasons Hotel Seoul makes use of traditional Korean therapies.

“Our location in Itaewon is one of the main reasons why female guests chose our hotel,” said Jordan Yoo, sales executive, Imperial Palace Boutique Hotel told TTG Asia. “This area has some of the best nightlife in Seoul, all within walking distance, and women like that it is so safe.”

With Korean popular culture a significant export, the city is welcoming women looking to visit locations in their favourite films or drama series, and to attend concerts by K-pop bands.

The city’s landmarks are also proving popular, such as the royal palaces, the Seoul Tower on Mount Nam, and Noryangjin Fish Market. The market has become a must-see destination for Chinese tourists, with more than 1,000 visitors daily, in part because the location features in the soap opera My Love from the Star, which has a large following in China.

“Malling” has entered the Korean language thanks to the number of malls in Seoul. Parnas Mall and the COEX Mall in Gangnam have both reported a dramatic rise in foreign visitors, while the Yeouido IFC Mall is the largest in the country.

This article was first published in TTG Asia, May 6, 2016 issue, on page 23. To read more, please view our digital edition or click here to subscribe.