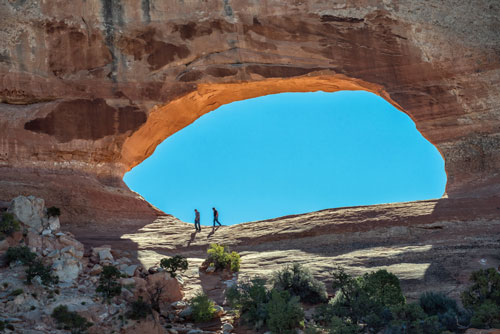 From new online agency training programmes to competitive commission rates, longhaul destinations are roping in the trade in their battle for Asian travellers. Gracia Chiang and Hannah Koh find out Brand USA will intensify its focus on South-east Asian markets this year, with a new travel agency training platform being the linchpin of its efforts. Already launched in markets like the UK and India, the USA Discovery Program will be rolled out in Singapore, Malaysia, Indonesia, the Philippines and Thailand in 2015.

“One of the biggest challenges within the region is currently the lack of education and awareness,” said Brand USA vice president, global market development, Jay Gray.

To address this, the interactive online course has six specialist experience modules – Big City Buzz, Great Outdoors, Culture & Heritage, Winter Sports, Coastal Escapes and Fly-Drive – plus the Regional Expert Badge, which users must attain initially after passing five tests. Further modules such as Food & Drink as well as Family will be added in the coming months.

“We’ll use this as a way to identify travel agencies that will participate in our mega fam,” said Gray, who shared that Brand USA had not conducted any fams for South-east Asia yet. In contrast, North Asia has some 10-12 fams a year.

Added Gray: “After doing focus groups with consumers in various markets, we also discovered that there is a broad interest in outdoor activities.”

As a result, the marketing body will spotlight the country’s national parks in 2015, which coincides with the centennial anniversary of the National Park Service. A high-definition feature film will be released in IMAX and giant-screen theatres in mid-2015, teasing South-east Asian audiences with the US’ more than 400 natural assets.

Brand USA will work with the trade on “sweepstakes, special promotions and coming up with great packages”, Gray elaborated.

Appealing to the universal love for food, Brand USA also introduced at ITB Asia 2014 a culinary guide, showcasing diverse American offerings through the menus of 31 chefs. Calling this a 1.0 version, Gray said the next iteration would probably include suggested itineraries.

While getting visas is often cited as a problem among Asian travel consultants, Gray, said that it was often a case of “perception versus reality”.

“We just came from China and guess what’s the acceptance rate for Chinese visitors that apply for a visa? It’s over 90 per cent. That’s a statistic that we would like to go out and talk about,” he quipped.

Within Asia, Singapore, Japan, South Korea, Taiwan and Brunei can avail of the US’ visa waiver programme. Last November, the US and China reached a landmark agreement that will grant travellers in both countries 10-year multiple-entry visas, instead of the one-year validity previously.

The new visa development could have a multiplier effect on Brand USA’s existing plans to make the US a top-of-mind destination for the Chinese, including the fully localised version of an online training programme for travel consultants (to be launched in May 2015), mega fam trips and advertising.

The NTO expects China to overtake the UK as the top overseas source market by 2018, Gray added.

Highlighting another disparity between perception and reality was also Las Vegas Convention and Visitors Authority spokesperson, Jesse Davis, who called it an “identity crisis” in this part of the world.

“The majority of people we speak to have a dated perception of Las Vegas…but 10 years ago, our non-gaming revenue exceeded gaming revenue, and it’s about 60-40 now. There’s been an evolution of the destination,” he said, adding that there are now 66 celebrity chef restaurants.

In addition, Davis revealed that in the last few years, a dedicated airline development team had been established to actively build more capacity into Las Vegas.

Brand USA’s Gray added that there is a “strong consideration for new routes (this) year” by Asian and US carriers but he was not at liberty to give more details. While the US may not be the first destination Asians associate with skiing, Aspen Skiing Company wants to change that, showing up for the first time at ITB Asia 2014 and ready to offer higher-than-usual commissions to travel agencies in Asia.

Based in western Colorado and the second largest ski area in the state after Vail, the resort complex of Aspen Snowmass has four mountains, each popular with different segments: families, beginners, dining and nightlife lovers, and locals who want a backcountry experience. The closest international airport is in Denver, while the town of Aspen has a domestic airport.

“People have this romantic notion of Europe, and they think of Switzerland for skiing, but I don’t understand why. I think it’s just branding,” said sales and marketing manager, Sonia Bekhaazi, who highlighted that the resort’s USPs are its powder-like snow, more than 300 days of sunshine and blue skies, and history as a real town with culture, having been part of the silver mining boom.

Drawing a comparison to Canada’s popular Whistler, Bekhaazi said the resort town could be “quite cold and wet”, while space is another advantage of Aspen. “In some other places, you wait in ski lines for 40 minutes. But it is never more than five minutes here. It is not cramped at all,” she explained.

Although Aspen attracts millions of visitors a year, less than five per cent of them are Asian. The largest international market is currently Australia.

Winter is from late November to mid-April, with the first few weeks of the season being off-peak, when hotels are half the price and specials on lift tickets can be enjoyed, pointed out Bekhaazi. During summer (late May to mid-September), visitors also come for Aspen’s myriad festivals from music to sports, as well as adventure activities such as hiking, biking and hot air ballooning.

A five-day package, including lift tickets, equipment rentals and lodging, in January roughly starts from US$1,192 per person, based on double occupancy. – Gracia Chiang

This article was first published in TTG Asia, January 16, 2015 issue, on page 14. To read more, please view our digital edition or click here to subscribe.