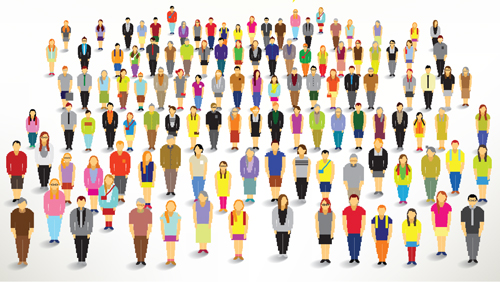 With more travellers turning to peer-to-peer services like Airbnb, BeMyGuest and Voyagin, will the rise of the sharing economy grow the pie or eat into it? Some call it the sharing economy, others term it collaborative consumption, but all these are just names for a growing movement of locals opening up access to their accommodation or offering to become activity hosts for a fee.

Peer-to-peer (P2P) websites are part of the international share economy that Forbes estimated to be worth some US$3.5 billion with stellar growth exceeding 25 per cent in 2013.

Although the concept first started in the US, the phenomenon has caught on quickly in Asia and especially South-east Asia, according to the Nielson Global Survey of Share Communities. The survey found that Indonesians ranked second globally for likeliness of using websites to rent products and services (including non-travel-related items) and the Philippines, fourth.

The quest for authenticity
It’s easy to see the appeal of collaborative consumption today. Travellers are more price-conscious than ever with a world economy on the mend; this coupled with rising Internet penetration rates and a tech-savvy generation comfortable with online transactions plus a growing penchant for FIT travel have created fertile ground for P2P services to take root.

But the greatest selling point of such services may be the promise of a less cookie-cutter experience for authenticity-seeking travellers – with Millennials being a significant subset of this group – be it a stay in a heritage shophouse in Singapore’s Chinatown district, a home-cooked Teochew and Foochow fusion dinner in Kuala Lumpur or a Vietnamese sand painting workshop led by a local artist in Ho Chi Minh City.

“The sharing economy gives both travellers and locals the opportunity to connect with each other – which makes it so powerful,” said Jia Jih Chai, Airbnb’s managing director of South-east Asia and India. “We see that travellers have a thirst for a unique travel experiences – where they get to live like a local and get personalised recommendations on neighbourhood bars, restaurants and shops from someone in the know.”

Last year, Airbnb rolled out its Neighborhoods feature, a service that allows travellers to browse maps, photography, public transportation and tips from Airbnb hosts alongside its listing of rooms for rental in each sub-district, blurring its distinction as merely a home-booking service.

In order to widen its range of offerings, Singapore-based P2P tours and activities booking site BeMyGuest earlier this year acquired Indiescapes, which features curated travel experiences across South-east Asia. It has also expanded into Manila by opening an office there.

“Our content and booking management technology empowers these suppliers who were previously not in the travel industry to enter and distribute to the travel ecosystem, thus widening their distribution and marketing channels for free.”

The firm is in the midst of cementing partnerships with “some of the largest travel industry players” and will announce them in the months ahead.

Said Wong: “We have had an overwhelming response from the travel industry both for content syndication (API, white labels, referrals & affiliation partnerships) as well as small businesses and P2Ps wanting to use our multi-award-winning content and booking management technology to distribute to the rest of the travel industry.”

No threat to traditional businesses?
Traditional travel and tourism players that TTG Asia spoke to were not fazed by the meteoric rise of P2P platforms in the region.

Klaus Gottschalk, general manager of Grand Mercure Singapore Roxy, said: “Hotels will not be in direct competition because they operate on a totally different platform, catering to different demographics as well as psychographics of guests who prefer bookings via a more conventional and tested establishment.”

Nonetheless, Gottschalk welcomes the possibility of P2P services growing on a larger scale, viewing it as “an extra channel to promote a destination which will in return create a more robust environment for our industry”.

Stephane Junca, managing director of Secret Retreats, a collection of luxury boutique properties, cruises and camps across Asia, pointed out: “Airbnb and WithLocals, like Agoda and Booking.com, are generalist platforms. There is no selection of properties, no common link or similar experiences – they target all clients.”

Inconsistency of quality could also be a turn-off for travellers. Pas Cher Hotel de Bangkok’s executive sale & marketing consultant, Padej Jantarasorn, contends that purveyors of short-term apartment rentals are likely doing it for the income than a genuine interest in providing hospitality services.

“Not only do they lose in terms of convenience and comfort, safety is also a paramount concern too – hotels have round-the-clock security but there’s a higher safety risk for room rentals,” he said. “And if the air conditioner breaks down at 11pm at night, who can you call to look into the problem?”

Kitichai Siraprapanurat, managing director of Navatas Hospitality, operator of Bangkok Food Tours, also argues that the economic benefits from P2P exchanges do not necessarily trickle down to the grassroots level.

“P2P hosts are generally expats or well-educated locals proficient in English and the Internet, but they tend to focus on urban experiences and are not quite able to offer experiences in rural areas due to communication barriers,” he opined.

“On the other hand, we use qualified guides who earn their stripes through extensive training and education on Thai culinary culture, and who can act as the real go-betweens between travellers and local food vendors, for example. So I’d say we offer authenticity in different ways.”

Maeve Nolan, general manager of Bangkok-based Backyard Travel, agreed: “I think while P2P companies will carve out a part of the travel audience, many people will return to managed travel. It’s just much easier and more reassuring to work with bonded and licensed agencies and operators; there is more security, wider-ranging destination knowledge and travel consultants are trained to make the process easier.

“As their disposable incomes and responsibilities increase and time gets ever shorter, many of these Millennials will realise that expert and qualified travel consultants and tour operators are essential partners in travel.”

However, Nolan foresees consolidation among P2P enterprises as the segment matures. She said: “They may try to marry up ToursByLocals with Airbnb – somewhere, somebody is probably doing this right now. Whatever company came out of such a marriage would also simply become a sort of P2P DMC.”

Growing pains – Asian style
Despite its buzzing outlook, the issue of regulation, or the lackthereof, is one that dogs the P2P sphere worldwide.

In New York, Airbnb was embroiled in a legal battle for possible violation of state housing and occupancy tax laws. Meanwhile, protesting cabbies in cities including London, Paris, Berlin and Madrid claim taxi-hailing apps like Uber are not competing on a level-playing field.

BeMyGuest’s Wong observes that because of a greater need to engage with local authorities in Asia, the growth of the sharing economy in this region does not necessarily follow the same trajectory as that in the West, which saw a ground-up approach beginning with individuals offering a small amount of products on their own in a freewheeling way. In Asia, one would instead find smaller companies aggregating this content from different individuals, paving the way for P2P services.

He elaborated: “The P2P market in Asia is a hybrid model, with small- and medium-sized providers of tours and activities leading the charge, and individuals falling into the long tail instead of the opposite in Europe and the US.

“The P2P market growth in Asia, unlike in other parts of the world, has to be hand-in-hand with local authorities as they have a stronger say in how the travel industry shapes up.”

Regulations are no doubt a concern for ByMyGuest, which mostly works with fully licensed suppliers in Singapore and runs a strict accreditation programme in less stringent markets, according to Wong.

Last month, a group of six companies in Singapore also banded together to establish the Sharing Economy Association to raise awareness of collaborative consumption and promote dialogue with the government. Vacation rental site PandaBed is among its members.

But if stronger government intervention as well as rising professionalism are the future of the P2P travel landscape in Asia, this poses another question yet: Is this still the sharing economy?

This article was first published in TTG Asia, July 11, 2014 issue, on page 4. To read more, please view our digital edition or click here to subscribe.