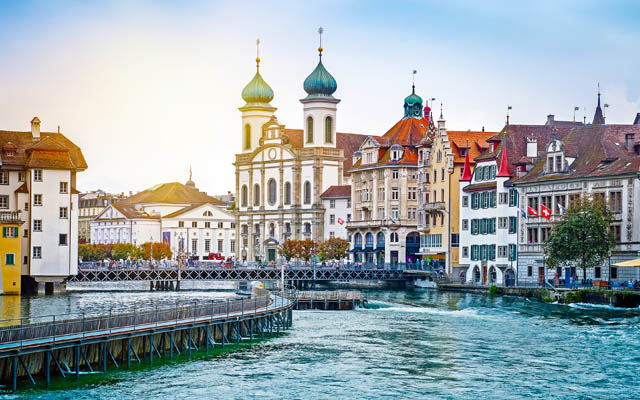 South-east Asia has come out of Covid-19 smelling like roses for Switzerland Tourism (ST), which is staring wide-eyed at its recovery and is adding more resources to harness its full potential.

It is the only Asian market that is reaching pre-pandemic performance, whereas the other key Asian markets for Switzerland are still a shadow of their former selves.

In the first nine months, South-east Asia accounted for more than 330,000 overnight stays in Switzerland, just 20 per cent short of 2019’s level. In contrast, the other key Asian markets are down anywhere between 57 per cent (Australia) and 92 per cent (China). India, Switzerland’s second largest Asian market after China, is down by 60 per cent, South Korea 71 per cent, and Japan 83 per cent.

So delighted is ST’s CEO Martin Nydegger with the region that he called it “the powerhouse of this planet”.

“We are now more focused and detailed about South-east Asia. We have the best manager, Batiste (Pilet), and his great team here in Singapore. Last week, we opened an antenna (representative office) in Manila, while in Bangkok we have hired a full-time person (from a Swiss embassy staff allocating 30 per cent of time to tourism promotion previously),” said Nydegger in an interview with TTG Asia during his Singapore visit.

“We are also stepping up our collaboration with the media and tour operators in the region, and launching new offers, such as destination weddings, to attract new segments.”

Focus on South-east Asia to stay
There is, however, skepticism on whether the current enthusiasm over South-east Asia will quietly retreat once Switzerland’s top two Asian outbound giants, China and India, return in full force.

China and India formed nearly 70 per cent of overnight stays by Asians in 2019, which totalled 3.2 million. South-east Asia, the third largest market after the two, accounted for just 13 per cent.

The importance of the two top markets can be seen from staffing levels. There are 13 staff for Greater China, and six for India. South-east Asia, a diversified region with a population of more than 680 million people, has eight staff after recent additions.

Already, Nydegger expects India to come back at a faster pace now that issues that caused Switzerland to miss the Indian high season last May/June are improving. Those problems included a lack of air capacity and shortage of visa staff to process suitcases full of applications. Many visa staff were retrenched during the pandemic but that expertise has returned faster than expected, he said.

On China, Nydegger said it is a question of how it will reopen – at once or gradually with some restrictions – and that “it’s hard to prepare for a China reopening as we don’t know when and how” it will happen.

But ST will continue to invest in South-east Asia, he said. “We don’t have a culture of in and out, in and out. If we are now profiting from South-east Asia, we will not drop it like a hot potato once the Chinese are back. This is not how it works with us; we are loyal to a stupid extent.”

He believes Covid-19 has really opened the eyes of the industry, not just ST, to give other “interesting” markets the same attention they shower on dominant markets, such as China.

“People have a different radar now. They look at markets that are doing well economically. And the economic power of South-east Asia is impressive,” said Nydegger.

Morale booster
What is clear is ST appreciates how South-east Asia has raced ahead of the other Asian markets in recovery in the first nine months. Psychologically, it is a bright spark, reaffirming the potential of Asia-Pacific on the whole. Practically, it is needed as overall ‘Overseas’ business is still down 42 per cent from the eight million recorded in 2019. Apart from Asia, ‘Overseas’ comprises other non-Europe markets such the US, South America, the Middle East and Russia.

Neighbouring Europeans, termed as ‘Other Europe’, also helped, now at just 12 per cent below 2019’s level of 10 million overnight stays.

But Nydegger is under no illusion that the domestic market’s strength is “an artificial hike”. He also predicts that ‘Other Europe’ will not grow much next year.

“The Swiss will want to travel overseas again, and that’s alright. Likewise, other Europeans. Many of them, especially those from surrounding countries such as Italy, France and Germany, drove to Switzerland. They didn’t want to fly, perhaps due to fear of catching Covid in airplanes and of being caught in airport hassles and airline cancellations. Next year, they’ll step on airplanes again.