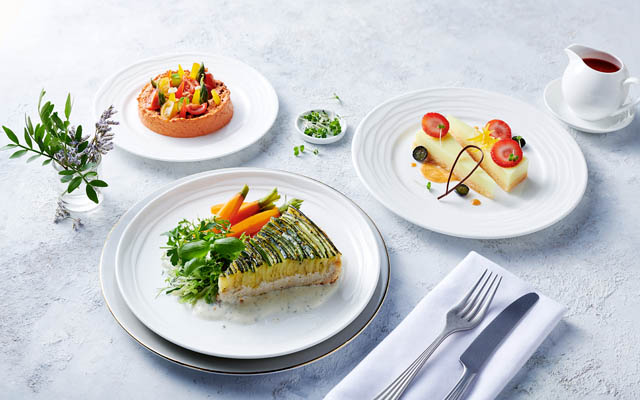 In line with the upcoming World Vegan Day on November 1, Emirates has introduced a curated vegan menu into First and Business Class, as well as refreshed the selection of plant-based produce for Economy Class menus.

The vegan menu in First and Business Class was developed after a year of multiple presentations and tastings at the Emirates Flight Catering based at Dubai International Airport. The tasting panels included both vegan and non-vegan chefs and team members to ensure an inclusive approach.

Menus across all classes are refreshed monthly, where the airline currently offers more than 180 plant-based recipes catering to vegan customers. The vegan dishes are complemented by gluten-free Vitality juices, a bespoke range of juice blends, created by UAE brand Barakat.

Meanwhile, ingredients for the new vegan dishes are sustainably sourced from UAE-based suppliers, such as Bustanica, the world’s largest hydroponic vertical farm.

Although Emirates has been serving vegan options onboard since the 1990s, vegan dishes are now rapidly gaining popularity on routes from the US, Australia, Europe and the UK.

These new vegan options are available to order and pre-order onboard, as well as in Emirates Lounges.