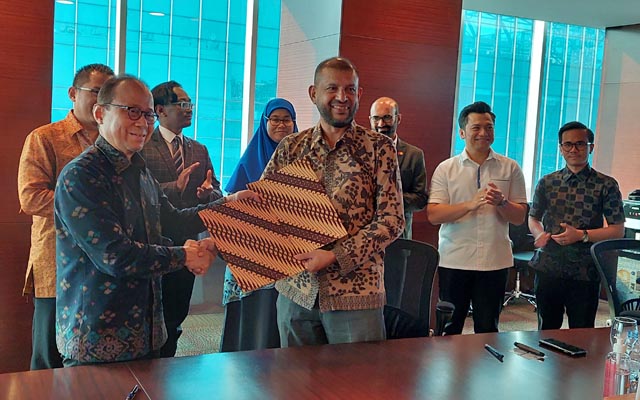 Indonesia Halal Tourism Association (PPHI), in cooperation with CrescentRating, has launched strategic initiatives to accelerate the revival of Indonesia’s tourism industry by capitalising on Muslim travel.

The initiatives include transformation towards resilience and post-lockdown industry competitiveness, improvement of the Muslim-friendly tourism ecosystem in Indonesia, marketing development, and big data usage.

Various programmes are in place to achieve the objectives, such as rating and accreditation services for the industry and Muslim-friendly businesses, destination ranking, awards, industry training, as well as roundtable discussions.

Speaking at a signing ceremony in Jakarta last weekend, Riyanto Sofyan, chairman of PPHI said: “We are planning to organise a global Muslim-friendly tourism summit (in) 2023, which will comprise of B2B and B2C travel mart, international conference and the Muslim-Lifestyle Indonesia Award.”

He added that the Indonesia Muslim Travel Index will be relaunching in 2023 – the first was released in 2018, and the year after in 2019.

Mastercard-CrescentRating Global Muslim Travel Index (GMTI) 2022 reported that global Muslim travel numbers peaked in 2019 with 160 million travellers. The post-lockdown figure is projected to reach 140 million in 2023, returning to pre-pandemic levels in 2024. By 2026, global traffic is expected to reach 230 million with a total spending of US$225 billion.

According to Riyanto, Indonesia experienced a steady growth of Muslim arrivals before the pandemic. CrescentRating estimated the numbers to be 2.9 million or around 18 per cent of total arrivals to the country.

Riyanto opined that the time was right to develop and promote to the Muslim travel market again as travellers are seeking family-friendly, environmentally-conscious and quality trips.

With Indonesia ranked second in the GMTI 2022, Andi Maipa Dewandaru, minister’s staff, Ministry of Tourism and Creative Economy stated that Muslim travel was one of the development focus as an extended tourism service in the country, with the goal of ranking first in the future GMTI.

Commenting that Indonesia had all the ingredients to attract Muslim travellers and the potential to move the economy, Fazal Bahardeen, CEO, CrescentRating said: “With this cooperation, we are committed to put sustainable growth of the market forward while embracing various community elements.”