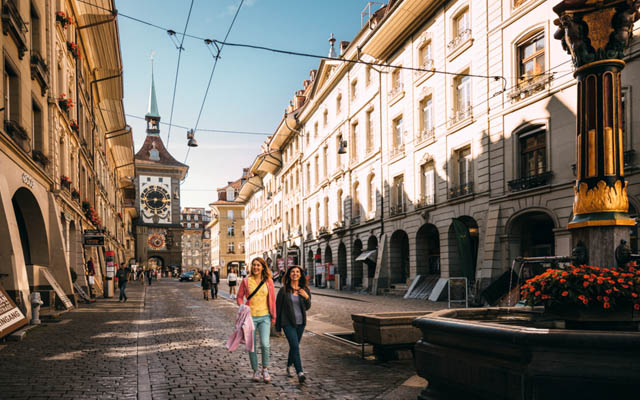 Despite the challenging travel situation in China, Switzerland Tourism maintains a team in China and digital events are still conducted regularly.

“South-east Asia, South Korea, Japan and Taiwan are all key international markets for Los Angeles and West Hollywood, but (in order to return to) full inbound normality from Asia-Pacific, China has to (allow outbound travel), and we don’t know when that’s going to be,” he told TTG Asia.

Both Pilet and Kiely are unanimous in their view that air connectivity must improve for longhaul travel recovery to take off more strongly.

While resumed flights between Singapore and Los Angeles and San Francisco have helped with inbound performance, Kiely hopes for even better air connectivity to make it more convenient to get to the US, as well as lower airfares.

Pilet also pointed to challenging visa processes for Thailand, Indonesia and the Philippines as an obstacle hampering recovery.

Pilet shared that the focus on South-east Asian source markets remains strong, and Switzerland Tourism will soon open a representation office in the Philippines.

While Asia-Pacific is not a traditional source market for Portugal, the region is attractive for being able to contribute visitors throughout the year.

Ines Queiroz, Visit Portugal’s tourism director, Japan and South Korea, who is based in Tokyo, told TTG Asia: “We are looking for tourists that travel at different seasons throughout the year, and not just summertime, to help create more jobs for our tourism industry and help it become more sustainable.

“Asia-Pacific is important because the Australians, Japanese and Koreans, for instance, travel during October, November, and December (outside of European summer vacation times and during Portugal’s winter season).”

The destination’s traditional top markets are Spain, the UK, Germany, France and Italy, whose travellers favour summer holidays in Portugal.

In looking to lure more Asia-Pacific travellers to Portugal, Queiroz acknowledged that there is a lack of awareness of the destination here, and her team will have to do more to educate the trade and consumers.