The pandemic has presented a tough blow to Japan’s onsen – natural hot springs – which were already challenged by declining guest numbers. Yutaka Seki, the 56-year-old executive director of the Japan Hot Springs Association, has set himself the task of reversing the sector's fortunes 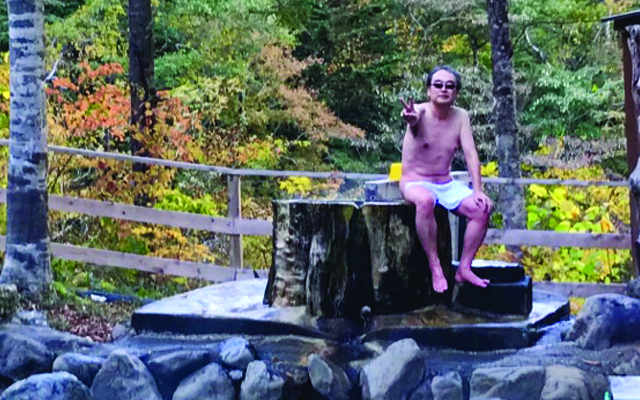 What is the state of your membership?
The number of members is on a declining trend. This has become more pronounced in the last three years as a direct result of the coronavirus pandemic, as the Japanese government has placed a complete ban on foreign tourists entering the country in 2020 while demand from domestic travellers is falling. Combined with the inevitable impact on the nation’s economy, it is perhaps not surprising that a number of onsen operators have gone bankrupt.

The first is that while onsen in the suburbs of Tokyo and towns like Hakone, Kusatsu and Atami are full of youngsters, the vast majority are not staying overnight like guests used to in the past. Today, young people do not have enough disposable income required to make overnight trips.

The second problem that onsen operators face is the difficulty of finding and retaining staff. Many onsen are in areas that are difficult to reach from major cities. Also, working at an onsen is not appealing to younger people, as the hours can be long and the pay is not as high as other industries.

We have heard that some family-run inns with onsen have had to close down as the owners’ children have moved to the city in search of work instead of taking on the family business.

Unlike hotels, ryokan – Japanese inns – generally have a capacity of four or five people to a room, but currently there are very few inns that are booked to capacity. That is partly due to the national birthrate declining and a sharp decrease in group travel. More and more ryokan with onsen are changing to corporate-style hotels, while ryokan cannot attract people to stay overnight any more.

What can your association do to reverse this trend?
We are encouraging more people to take day trips to an onsen and then suggesting that these day visitors think about an overnight visit the next time.

To help more people understand the history and importance of onsen in the Japanese society and culture, we have initiated an educational programme called the Onsen Certificate.

To attract more workers to the sector, we are collaborating with universities and vocational schools to help operators attract new staff. We also believe that the industry will soon start to employ a greater number of workers from overseas.

Do you have any initiatives to reassure potential visitors about the safety of onsen?
The association has produced and distributed a checklist of coronavirus countermeasures for member onsen operators, and we are asking them to follow the recommendations. We are happy to be able to report that no coronavirus clusters have been reported at any of our member facilities.

How important are foreign tourists to the future of Japan’s onsen businesses?
According to statistics from the Japan Tourism Agency, many foreign visitors list an onsen visit as one of the must-do experiences while they are here. In the last survey, it was the fifth most-popular thing to do in Japan, with 38 per cent of visitors saying they intended to bathe in an onsen.

Why is it such an important part of any visit to Japan?
I believe that foreigners are looking for a different experience. They may be embarrassed at first at communal bathing, but Japan’s open-air baths are different from anything that exists in the West.

How are onsen operators working to meet the requirements of more foreign visitors?
In public bathhouses in Japan, men and women bathe separately. In the past, it was quite normal for men and women to all bathe completely naked together, especially in rural regions, but that has been largely halted since Western culture arrived in Japan.

In addition to the separation of the genders, some onsen operators are now introducing yuamigi, which is a disposable bathing suit that can be worn in the onsen by anyone who does not want to be completely naked with other people. In principle, it is forbidden to wear clothing in the bath tub in Japan, but operators cannot completely ignore the needs of their customers, so this is the compromise.

Some onsen operators will never permit yuamigi in their baths because it is contrary to Japanese culture, but an increasing number are permitting people to wear them.

Why are onsen such an important part of Japanese culture?
Onsen are so commonplace and ordinary to us that it is difficult to explain why they are so important. It is simply a part of our lives. Just as the Finns have their sauna culture, we Japanese have our own way of bathing. If you go into rural parts of Japan, you will find that many villages have grown up around onsen. It is up to our association to help these onsen operators because if they fail, then entire rural communities would collapse.

And what does the future hold?
Unfortunately, the declining birthrate and the aging Japanese population cannot be halted, so I fear that the number of hot spring resorts will gradually decline. However, the Japanese people’s love of hot springs is embedded in their DNA, so onsen will not disappear.

In addition, I am confident that the number of foreigners around the world who love our hot spring culture will continue to increase and I hope this will contribute to the preservation of our onsen culture.