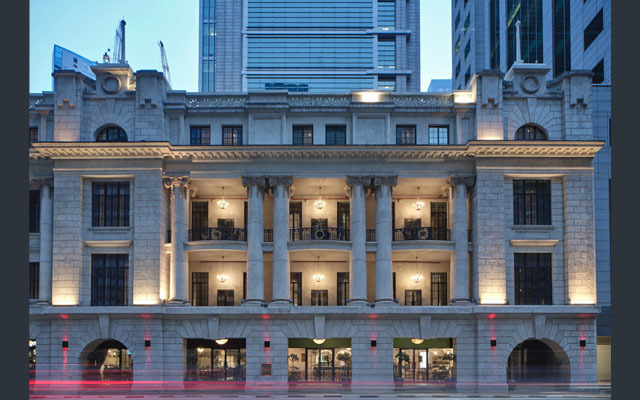 Hotel Telegraph is the new name given to a 95-year-old building that once belonged to the Eastern Extension Telegraph Company. Located in Singapore’s Central Business District area, the luxury hotel will officially open on September 28.

The building was bought over by Viva Land Group for S$240 million (US$171.5 million) and the hotel will be operated by heritage hotel specialist, Inverlochy Castle Management International (ICMI). It will be part of the Small Luxury Hotels of the World community.

Built in 1927, the iconic building was first established as the Eastern Extension Telegraph Company building – the new name celebrates its history and pays tribute to the key role it played in Singapore’s progress as a global business hub.

The 134-room five-star hotel was also previously known as the Cable and Wireless Building, the Telecommunications Authority of Singapore in 1995, and the Ogilvy Centre in 2001.

Anthony Chua, deputy CEO, Viva Land Group said: “The building played an important role in Singapore’s coming of age as an international business hub. Renaming it the Hotel Telegraph is a direct tribute to its rich history and our ambitions for history to repeat itself.”

On working on its first Singapore project, ICMI spokesperson Norbert Lieder commented: “The Hotel Telegraph building, in itself, is already an icon. What we aim to do is to further enhance the hotel’s offerings, combining exquisite service with an impeccable setting to deliver the ultimate in a luxury heritage experience.”

Viva Land Group and ICMI will work closely to position the hotel to complement the CBD area through events and activities, with the aim of restoring the building’s status as one of the mainstays of the district.

Hotel Telegraph is easily accessible with MRT stations within walking distance. It is surrounded by business hubs, restaurants and nightlife. It is also just across from Lau Pa Sat, another one of Singapore’s heritage icons.