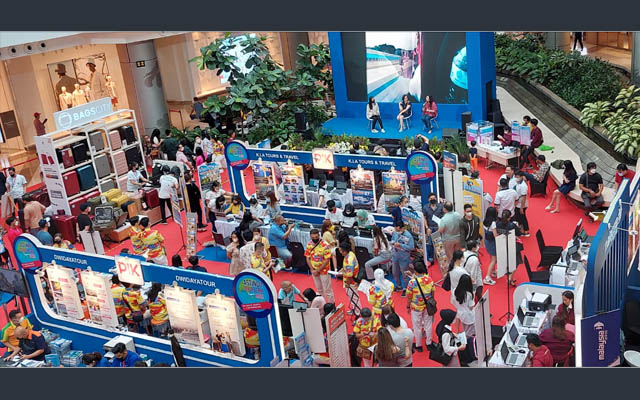 The Association of the Travel Agencies in Indonesia (ASTINDO) held its ASTINDO Hybrid Travel Fair 2022 in partnership with Bank BCA in early September, joining other travel-related businesses in Indonesia racing to capture the country’s pent-up demand for outbound travel.

At the opening of the hybrid fair, Pauline Suharno, president of ASTINDO said: “While borders have opened and travel restrictions relaxed, we have been facing the challenge of seat capacity, expensive airfares, longer visa applications, not to mention the pandemic and the Russian-Ukraine war that have resulted in the (monetary) inflation around the world.

“However, the Global Rescue Summer 2022 Traveler Safety and Sentiment Survey showed 79 per cent (of) travellers around the world said that the (increased) airfares and tour prices did not affect their desire to travel. Some 20 per cent of respondents chose to adjust their budget.”

Andini Tirtawisata, head of leisure, Panorama JTB Tours told TTG Asia: “After being unable to travel overseas for two years, people’s interest to travel have come back strongly. Many of our clients who have visited us at travel fairs already know where they want to spend their holidays. They visited the fair to find what tour programmes and offers are available.”

The various discounts available coupled with banks offering cashback, plus instalments with zero interest for credit card payments on-the-spot have attracted travellers to buy products on the spot, according to Pauline.

The 25 participating travel companies at ASTINDO Hybrid Travel Fair 2022 managed to yield total sales of more than 69 billion rupiah (US$4.7 million) during the four-day show, according to the ASTINDO report.

Top on the list of travellers’ choices are Europe, Turkey and the US.

Andini commented that in terms of Covid-19 restrictions, although Turkey has been the easiest destination to travel to and is a favourite destination, Europe is still the top destination.

She shared that despite the longer visa application process, lack of seats and the Summer holiday chaos at some European airports, these issues did not deter travellers’ plans and instead taught travellers to plan ahead.

Pauline said: “Instead of changing their plans to travel to Europe due to the obstacles, travellers choose to adapt.”

She added that travellers even pack extra clothing and medication in their hand-carry bags in anticipation of the possible chaos at the airport.

“They buy their holidays now to give themselves ample time to apply for the visa and to secure their seats for the year-end holidays.”

Airlines have also helped to educate the market and enticed travellers to book early by offering them interesting promotion fares for 2023 at the fairs, said Andini.