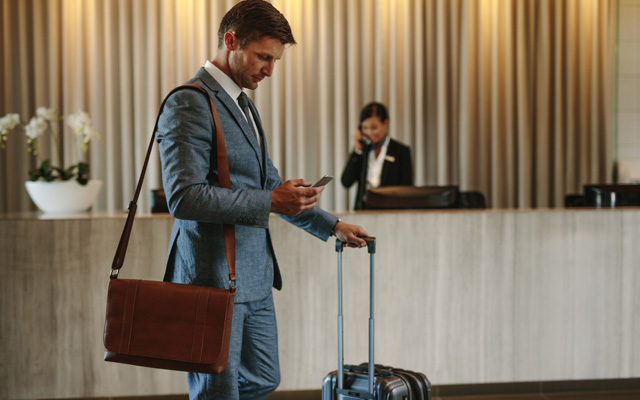 A new Oracle Hospitality and Skift survey, Guest Expectations for 2025, has identified Comfort, Control and Convenience as the three essential ‘Cs’ of hotel technology.

Conducted across nine global markets in five languages, more than 5,000 consumers responded about what they expect from the next phase of hotel technology and services,

Amenities are also important as travellers want the comforts and convenience they enjoy at home, so hotels should offer guests the ability to control their own environments and give them a smooth transition from their everyday lives.

Beyond wanting hotels to meet their entertainment needs (44.6%), guests showed strong interest in personalised amenities and services throughout the hotel with 43.2% opting for voice-activated controls for all amenities in their rooms (such as lights, curtains, door locks, sinks, showers, TVs), and 34.4% wanting to use their own devices for access throughout the hotel.

Automation vs the human touch
Automated services can replace mundane activities that require more time and attention from staff, freeing them up to provide more direct, one-on-one service at any given time.

While 29.3% of travellers said that they are “very interested” in staying at a hotel that uses automated messaging for most customer service requests, only about nine percent said that they preferred to speak directly with an actual person for all of their service needs.

About half of all travellers (47.6%) are interested in automated messaging services, but they acknowledged that it depends on the service request. In reality, most guest stays will end up in this middle ground, with some simple requests more easily fulfilled via a mobile device or a chatbot, and others requiring a more direct interaction.

Generation gap
The survey showed a huge generational difference when it came to interest in mobile messaging services. Nearly 35% of both Gen Z and millennial travellers said they were “very interested” in staying at a hotel that uses automated messaging for most customer service requests, as compared to 21.3% of Gen X travellers and just 14% of baby boomers.

While these statistics reinforce stereotypes that younger people are more comfortable with technology, they do not clearly state that all boomers want to be treated exclusively with white glove service, and that all Gen Z travellers want to be left alone.

Supporting the example that one size rarely fits all, Gen Z travellers were actually the most likely to say that they were upset when there was no attendant at the front desk while they travelled during the pandemic. Nearly 25% of travellers aged 18 to 25 agreed with this statement, in comparison to 13.9% of baby boomers.

By opening new lines of communication through mobile messaging services, it will offer all guests more opportunities to connect in the ways they feel most comfortable, enabling hotels to build deeper and more meaningful relationships with their customers.

Virtual experiences
Virtual reality and metaverse applications are gaining popularity among hoteliers when it comes to future technology investments. In fact, more than one-third of travellers are keen to explore a hotel virtually before they book.

On the conference and events side of the business, metaverse meetings are all the buzz with 46.4% of consumers that identified as frequent business travellers interested to attend conferences remotely from their home or office through a metaverse experience.

Getting personal
According to the survey, consumers were generally positive about giving away their personal data if it meant that hotels would put that data to use not only in a responsible way, but also in a way that benefits them directly.

While approximately 30% said they were happy with whatever it takes to make their trip better, nearly 45% said they were interested only if they get to consent first, and that the data should be used to present better offers and advertisements or provide more personalised service.

Even when they freely offer their information, travellers continue to be quite cautious about data security. Nearly 20% said that privacy and security of the personal data they provide to hotels and other travel providers “keeps them up at night”.

More than half (55.6%) also said that while they were “somewhat concerned” about data security, they are willing to make trade-offs and trust that companies are using their information responsibly.