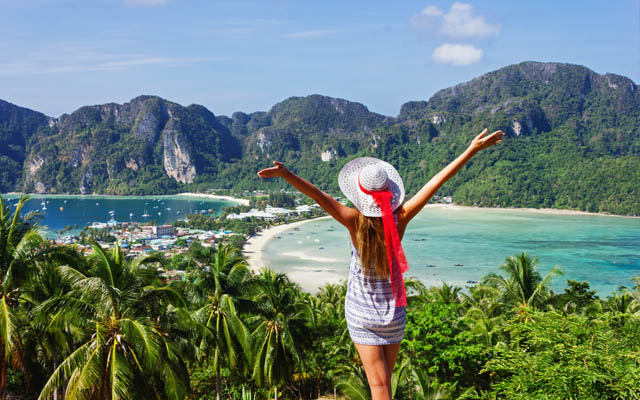 South-east Asian consumers based in tropical countries prefer visiting a cooler destination like Australia during summer, while Australian travellers opt for short-haul travel to South-east Asia.

Asian travel to Australia is on the rise
Trips to Australia are most popular among travellers from New Zealand, but the majority of travellers heading to Australia hails from Asia. In fact, flight bookings from South-east Asia to Australia increased 35% between June and July, compared to Trip.com booking data from April and May. As Australia and New Zealand recently removed many of the travel restrictions that have been in place during the pandemic, this has led to a spike in interest from Asian travellers.

Among the top five countries travelling to Australia this summer, Indonesia takes second place behind New Zealand, with Singapore in third place and Thailand in fifth. UK travellers stands in fourth position, suggesting that the appetite for longhaul trips is increasing in the UK market too.

Australians are frequently heading to Asia to escape the cold
Domestically, during Australian winter, Trip.com data emphasises the trend for Australia’s southern residents to visit Queensland in the north to enjoy warmer weather during the off-season, with Brisbane, Cairns, Gold Coast and the Whitsundays all attracting domestic travellers.

Driven by the international travel market recovering in the first half of 2022, Trip.com data shows that more Australians are frequently heading further north to escape the cold. Since April, the ratio of international bookings made on Trip.com Australia has continued to increase, with 42% in March rising to 63% in July.

Given the uncertainty of the pandemic, most Australian international travellers booking on Trip.com have chosen to travel short-haul to South-east Asia during winter this year. Local tourism from Australia to the region is on the rise, with flight bookings to the region increasing by 97% in June and July compared to April and May. Countries including Indonesia, India, the Philippines, Thailand, Malaysia and Singapore all made it into the top 10 most popular destinations for Australian users during June and July, with Indonesia taking the top spot, which aligned with the reopening of borders in many Asian countries this year.

In addition, Trip.com recently partnered with Tourism Malaysia to offer Australian travellers discounts and promotions on flights and hotels on their next trip to the region. Since the launch of the campaign, Trip.com has seen a 34% increase in flight bookings, which confirms the increased appetite of Australian travellers for South-east Asia this year and beyond.