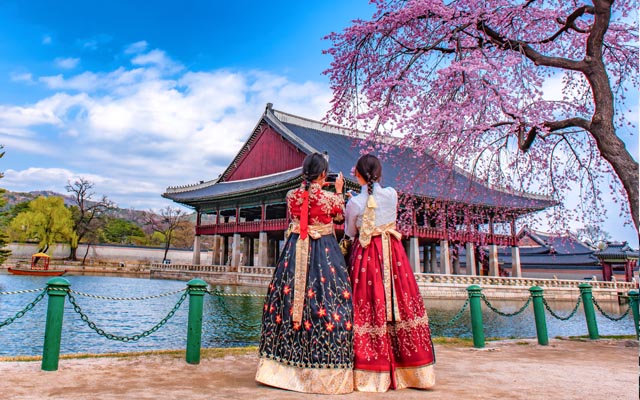 South Korea’s Cultural Heritage Administration (CHA) has designated the wearing of hanbok, a traditional Korean outfit, and the cultural conduct associated with it, as a national intangible cultural heritage.

Worn during rituals, ceremonies and recreational events, the hanbok embodies South Korean identity and values, while hanbok lifestyle refers to a series of cultural practices – ranging from making the clothes and wearing them to the specific etiquette for its use.

Ancient relics and records, dating back to 57BC, show people on the Korean Peninsula had already been wearing hanbok.

CHA said in a release: “(Hanbok) has been passed down through generations in the country for such a long period; there are historical relics and documents proving this; studies of the attire abound in a variety of fields including its history, aesthetics, design, technique, marketing and education; the clothes are still worn in important family and ritual events; and traditional knowledge on hanbok lifestyle has lived on.”