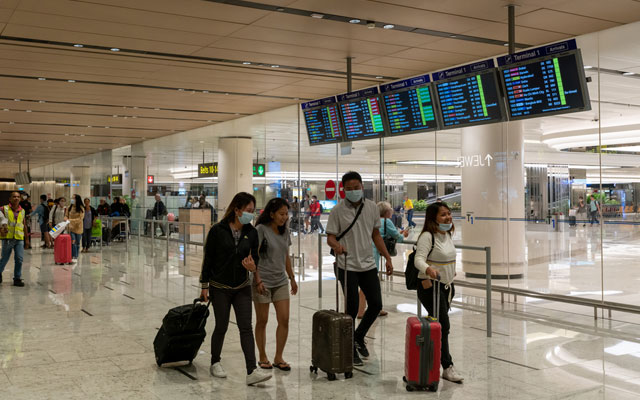 Leisure travel is roaring back, and despite more expensive airfares and lodging costs, travel intent among outbound Singaporeans remains strong in coming months.

In Tripadvisor’s most recent Tripadvisor Seasonal Travel Index, it reported that Singaporeans are unwilling to sacrifice the June holidays. Even though 77 per cent of those surveyed were concerned about rising costs of goods and services, travel was a top priority for a staggering 84 per cent who were still keen to travel this year.

This intent to travel is evident from Chan Brothers Travel’s bookings since Vaccinated Travel Lanes were first formed in 2021. According to Jeremiah Wong, the company’s spokesperson, Singaporeans are willing to pay more for group tours which cost on average 20 per cent more than pre-pandemic rates.

This is because, Wong explained, “tours are now smaller in size and longer in duration”. Prices also include travel insurance with Covid-19 benefits. Factors such as airfare fluctuation also plays a part, he added.

Aside from package tours, the company has also seen an increasing number of customers willing to pay more for their holidays to ensure “exclusivity”. They are also willing to splurge on customised itineraries.

Wong shares observations of a spike in solo travellers joining tour packages for a “peace of mind” when on the road during a pandemic.

When asked about destinations selling well this upcoming June holidays, Wong said “Europe, Turkey and Australian tour packages are most popular at the moment”, with families more inclined to pick Australia.

“It’s definitely been a tough few years of travel restrictions and being confined to staycations. Now that borders are opening and restrictions are easing, Singaporeans are ready to get back to ‘revenge travel’, and make up for lost time,” noted Sarah Mathews, director of media partnerships APAC at Tripadvisor.

Singaporeans are not alone in intending to travel, as consumers around the globe are also refusing to give up their desire to have a holiday. When Tripadvisor surveyed global travellers about their plans for summer, despite growing concerns around inflation, results show that travel demand remains strong for the months of June, July and August 2022 with four in 10 (85 per cent) globally reporting that they plan to travel.