Tourism is stirring back to life, and Cambodia Airports has thrown its full weight behind the kingdom’s efforts to regain visitors. Chief commercial officer Stephen King sheds light on the organisation's approach to new markets, airport expansion, marketing plans and the country's rebound 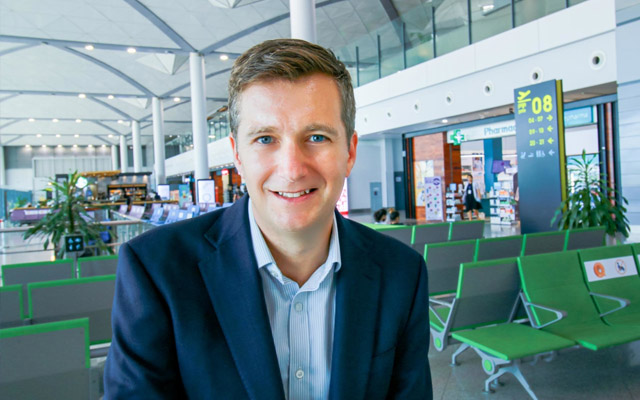 How did the pandemic impact air traffic into Cambodia and how has the recovery been this year?
We’ve seen several phases over the last few years. There was really strong growth in 2019 and into 2020, then a dramatic drop and particularly difficult 2021 when restrictions in Cambodia and across the world heavily impacted air traffic.

Due to the government’s vaccination campaign, Cambodia become one of the first to reopen in South-east Asia in November, and we started to see an uptake. But tests before departure and on arrival were still onerous and expensive. People were travelling but not in huge amounts. From March is when we really started to see growth, when all restrictions were removed.

Singapore and South Korea are currently the best performing markets at more than 80 per cent of 2019. Both have a mixture of point-to-point traffic and feeding to rest of the world. Bangkok has really taken off, so has Ho Chi Minh City since reopening.

April was a big month because more of South-east Asia reopened.

How did the pandemic impact operations?
Throughout Covid, we kept all airports open and operating. That was really important because airports were a lifeline for people and cargo. Cargo recovered quite quickly. That’s important for economic impact but also for what was coming in, such as vaccines and PPE.

It was obviously a difficult time for our staff, but now we’re starting to see recovery. June is looking to be about 30 per cent of 2019 levels. That’s great but it’s still only 30 per cent, so we need to continue to grow.

What is Cambodia Airports doing to aid the country’s tourism recovery?
We recently hosted a seminar for major French tour operators and showcased what Cambodia has to offer and what it’s like here now. One of our jobs is to share this around the world. Another message is Cambodia isn’t just Angkor Wat; it’s not about coming for two days to see amazing temples. It’s about spending multiple days in Siem Reap and going to the beach, exploring the countryside – it’s about ecotourism.

We’ve also been leveraging the scale of Cambodia Airports. We’re part of VINCI Airports, which gives us access to airlines and airports worldwide. We can use our network and credibility globally. We’re using our leverage to talk to tour operators and also airlines. In June, I’m going to Vietnam for a conference with about 20 different airlines.

China was Cambodia’s strongest source market pre-pandemic. As borders there remain closed, which markets are you focusing on?
This is what we all have to look at in this new era. China represented a huge part of our business, so we’re working closely with other big markets.

Singapore is very close to 2019 levels, and we aim to grow that even further. India is the biggest market out there. Tens of thousands of Indians came to Cambodia in 2019 and couldn’t fly directly. Once you have a direct flight, numbers will grow at least two or three times, so we’re working hard on that.

Cambodia lacks direct flights to and from longhaul countries. What is Cambodia Airports doing to change this?
We all want to have direct flights so we’re engaged with longhaul carriers. The challenge airlines are facing is that other markets have recovered faster than Asia, so capacity has been deployed there first. It’s strong on our radar and we’re working to drive that. That’s why, for the moment, connectivity between, say, Singapore and Bangkok and feeding into those longhaul carriers is really important.

What opportunities did the pandemic downtime present and how did you overcome the challenges?
We continued with a lot of developments during Covid. We opened a new arrival terminal in Sihanoukville and extended the runway. In the next two or three years, I expect to see longhaul aircraft at that airport. We also opened a VIP terminal there in May. The whole industry has seen demand for private and business jets increase.

We’re also about to start building a new passenger terminal in Sihanoukville.

We had to take difficult decisions, as did the whole industry. Now, our focus is on growing markets much more and getting as many passengers back as possible and being able to service them. If we get lots of tourists arriving, we need to ensure the airport gives them a welcome that reflects Cambodia.