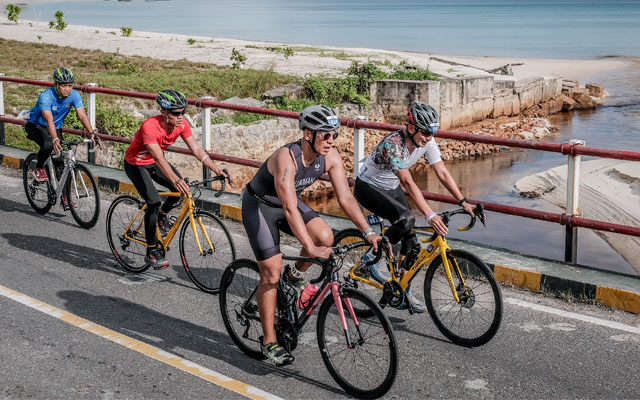 As Indonesia has removed pre-flight PCR and ART tests for inbound international visitors, the country is striving to reach its 1.8 to 3.6-million arrival target.

The Ministry of Tourism and Creative Economy (MoTCE) is going all out to ensure seat capacity is available to anticipate the pent-up demand of travellers. MoTCE will also focus its marketing and promotions to Australia, Singapore, France, the UK and the US.

Minister of tourism and creative economy, Sandiaga Uno, said that the increase in the number of arrivals would be more significant if the seat capacity and number of flights increased.

Based on data from the Central Statistics Agency, the number of foreign tourist arrivals to Indonesia in 1Q2022 was 74,380, an increase of more than 200 per cent compared to that of the same period in 2021, which was only 22,660.

He believed that the arrival figures would spike dramatically in line with the upcoming G20 Summit and other major events in 2022. For this reason, MoTCE is having intense discussions with several airlines on collaboration areas to increase the number of flights.

“We (will) also continue to coordinate with the Ministry of Transportation to increase airline slots,” he said in a weekly press briefing in Jakarta.

Pauline Suharno, president of Association of the Indonesian Travel Agents, considered it a positive move by the government.

She stated: “The current condition is that demand is high, but seat capacity is lacking, which ultimately makes the price of tour packages expensive (due to the high flight component).”

Simultaneously, MoTCE is intensifying promotions in five top destination markets and will focus on showing the trade partners that Indonesia is ready to welcome tourists back.

Sandiaga said: “These five countries are the biggest contributors of foreign tourists to Indonesia. Wonderful Indonesia promotions will be intensified there, starting from participating in tradeshows, sales missions, networking dinners, to holding events that showcase Indonesia’s tourism potential and creative economy.”

MoTCE will continue to develop and improve the quality of destinations based on sports tourism and eco-tourism to encourage more travellers to return to Indonesia.

“Lombok, Bintan and Batam, which already have sport events, will be developed as sustainable destinations. This is also part of an effort to provide a unique experience in Indonesia, as well as promote beyond Bali,” Sandiaga added.