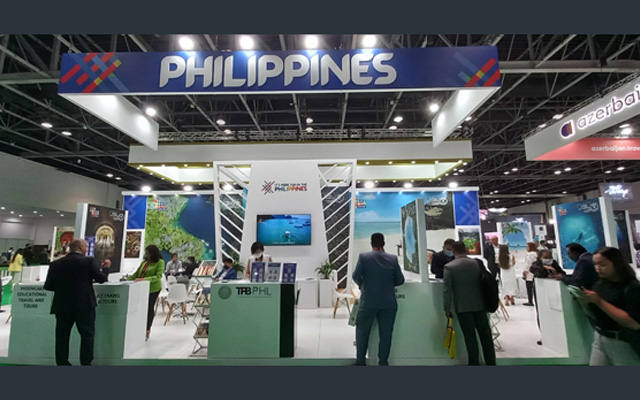 The Philippines is eyeing new source markets, and those in the Middle Eastern are firmly on her radar, with India also emerging as a front runner.

He shared that during the pandemic, tour operators were developing halal itineraries, and updating programmes and promotional activities aimed at Muslim visitors from the region.

“We wanted to make sure once borders opened, these countries start sending people to the Philippines,” he said. “Programmes for these markets have been developed and we have been working with properties and resorts to update their offerings as the pandemic has caused a lot of changes, such as hotel and resort closures.”

He added that due to the large population of Filipinos working in the service industry across the UAE, many direct flights already exist, operated by airlines such as Emirates, Cebu Pacific, Philippines Airlines and Etihad, which makes it easier for tourism courtship.

“For the few years prior to the pandemic, we have seen a considerable increase in people from the Middle East – Saudi Arabia and the Emirates – visiting the Philippines, especially Boracay and Bohol. We now have dedicated officers who are pushing this region,” said De Veyra.

He added: “There is a lot of interest in the Middle East from the private sector in the Philippines. They were also really pushing us to attend ATM as they know the potential, and were keen for us to update our promotional activity in the region.”

India is another source market the destination is focusing on, landing in 11th spot on the Philippines’ ranking of top markets recently, even without direct flights. Work is ongoing to secure a direct air access to further grow arrivals.

“Indians have been saturated with the usual places and are looking for something new. The Philippines is an excellent destination with an English (language) capacity,” he opined.