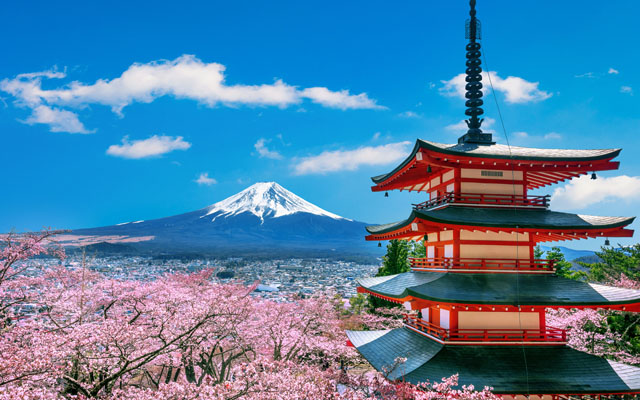 Specialist Japan travel companies are hoping that a general election in July will herald the reopening of the nation’s borders, with some calling on the government to provide more ‘certainty’ on the relaxing of the ban on foreign tourists.

Japan effectively sealed its borders to both inbound and outbound tourists in the early weeks of the Covid-19 pandemic, although it has in recent months begun to open up to business travellers and foreign students. With most of the world reopening to tourism, operators say it is time that Japan learnt from other countries’ experiences and release a road map for visitors to return.

Alastair Donnelly, founder and director of UK-based Inside Japan Tours, said that as with all businesses, the Japanese travel sector needs certainty, even if it is not a good certainty.

“The biggest problem that we face now is the deafening silence from the Japanese government,” he added.

Set up in 2000, Inside Japan grew rapidly and had expanded to a turnover of 50 million pounds (US$62.8 million) in 2019, as well as 200 employees, including offices in Nagoya, Colorado and Brisbane.

However, within weeks of the coronavirus outbreak, there was a decrease in enquiries and an influx of cancellations. Hopes that the worst of the crisis were over had been repeatedly dashed, most recently with the emergence of the Omicron variant, with a “brutal impact on the business,” Donnelly said.

“The Japanese government needs to communicate better and indicate their plans for opening up again, or at least the conditions needed to be able to release a plan,” he told TTG Asia. “The official line is that they are protecting public health and that is exactly the right thing to do, but the reality is that Japanese people are able to leave and enter the country on business, so the border is not closed.”

With the virus and its variants detected in Japan, closing the border to foreigners has arguably not worked.

Scott Gilman, co-founder and managing partner of Washington DC-based JapanQuest Journeys, agreed that Japan has been “a laggard internationally” on permitting travellers to return, but he is optimistic that a return to normal is drawing closer.

“To me, this really circles back to a political issue and I expect (international arrivals) to start to happen…after the July general election,” he opined.

Gilman believes Japan is the perfect destination for a post-pandemic vacation precisely because it has “an excellent record during the pandemic”, including relatively low rates of infection in the general population, a vaccination rate above 80 per cent, and more than 50 per cent for the third booster shot, as well as a public that habitually wears masks in public and high levels of sanitation and cleanliness.

Paul Christie, CEO of Walk Japan, said his business “was shattered” by the pandemic as it relied almost completely on overseas visitors. However, he also anticipates positive developments after the July election, and a swift bounce-back in visitor numbers as soon as the regulations are eased.

“I’m very optimistic, for all the reasons that made Japan a popular destination up to 2019,” he said. “Also, Japan has built a great many new hotels and other accommodation, while skills and experience at servicing foreign guests have improved at the national and local levels. Many new experiences are being provided in a more sophisticated manner.”

Christie expects Walk Japan to rebound close to 2019 levels as early as the beginning months of 2024.

Gilman, who describes Japan as “just an awesome destination,” is also “exceedingly optimistic” and anticipates demand will quickly pick up where it left off in 2019, returning to those levels “by the end of 2023 or the early part of 2024”.