Assam is moving beyond its wildlife and tea plantation draws to develop more points of appeal to win over domestic and international travellers. 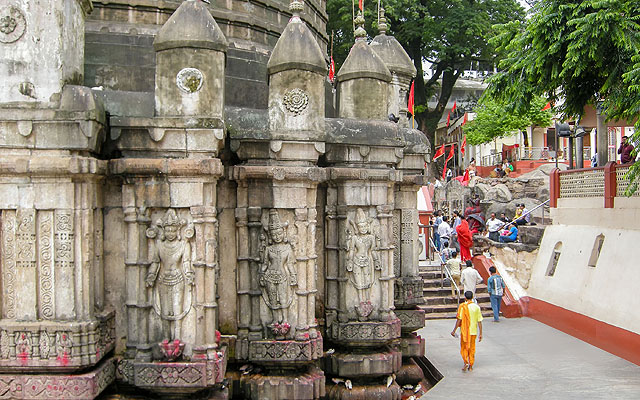 Assam, gateway to India’s north-eastern states, has been gaining popularity among travellers over recent years.

Kaziranga National Park and Kamakhaya Temple are major tourist magnets, but tourism experts say the destination is still very much a diamond in the rough, with huge potential for further development.

The good news is, the Assam government is stepping up investments in infrastructure, which industry players say will raise the state’s tourism profile.

It approved 20 billion rupees (US$ 262 million) in February 2022 for rural infrastructure upgrades, which will include vital road improvements. An additional 1.5 billion rupees have been set aside to acquire land to facilitate the expansion of Jorhat Airport.

For now, Assam will continue to benefit most from domestic travellers, Thakur opined.

“Travellers from many of our key markets like the US and Europe may prefer shorthaul travel for now. However, we expect some international demand to kick in the beginning of October 2022,” he added.

Staying in tea bungalows elevates the experience, as the architecture comes with a sense of colonial charm and luxury. While there in North Guwahati, travellers could visit many archaeological sites from the British era, she added.

The state tourism department is also looking to promote lesser-known experiences such as village tours and golfing in Assam’s scenic tea estates.

“Village tours that showcase the richness of Assamese culture is another product we want to promote in both domestic and international markets.

“The new vistadome coaches on the train route between Guwahati and Haflong will also help us to promote Dima Hasao – home to Haflong, the only hill station in Assam, as well as Bendao Baiglai Waterfalls.”

The North East Festival, which took place from January 7 to 9 at Radisson Blu Hotel Guwahati, was a critical platform to highlight
Assam’s existing and upcoming tourism projects. It showcased the rich culture and heritage of the state, as well as promoted river cruise tourism potential in Assam.

Daniel D’souza, president & country head, SOTC Travel, said: “While Kaziranga National Park and Kamakhaya Temple remain the highlights of Assam, the state has so much more potential waiting to be unlocked.”

He pointed to Majuli, an eco-friendly freshwater island in the Brahmaputra river; Haajo, an ancient pilgrim centre for spiritual travellers of all faiths; and Mayong, popularly known as the land of black magic.

“The pandemic has changed our outlook towards travel. Supporting local communities and going local are key drivers of the tourism industry in the Covid-era. Experiential stays have gained immense popularity among travellers, while unique experiences and eclectic accommodation away from mainstream crowded destinations have become compulsory. The vast tea estates of Assam tick all the requirements of an experiential traveller. They also make the perfect choice for multigenerational families and group of friends to spend quality time over a game of golf,” opined D’souza.

Besides leisure tourism, Assam is also banking on investment campaigns, such as Make in Northeast, to grow corporate travel arrivals.

Sarbendra Sarkar, founder and managing director, Cygnett Hotels and Resorts, said corporate travel would ensure year-round arrivals for Assam, compared to leisure travel that peaks only from October to April.

“The region offers Assam a great opportunity to attract both leisure and corporate travellers,” said Thakur. He shared that India’s ministry of civil aviation had recently proposed connecting Assam with Bangkok, Hanoi, Dhaka, Kathmandu and Yangon.