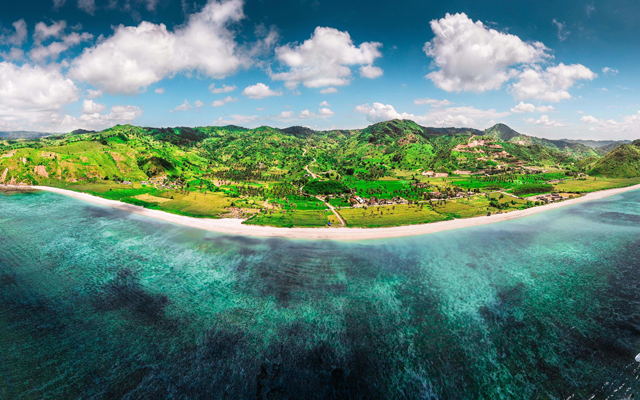 The development of Super Priority Destinations across Indonesia has turned out to be a magnet for investors who are keen to financially back Indonesia’s tourism future.

In Lombok, real estate investment company Invest Islands is developing Gran Meliá Lombok Resort & Spa on a 16-hectare plot of land in Torok Bay, just 25km away from Mandalika. The US$80 million project, targeted to finalise in 2024, will have approximately 110 pool villas with distinctive concepts and facilities including a beach club and restaurant, a floating bar, a spa and tennis courts.

Construction will abide by sustainable development principles, such as the use of organic, locally-sourced materials for construction, and implementation of energy saving fixtures like solar-powered golf buggies, solar panels and rain water storage.

Jack Brown, CEO and co-founder of Invest Islands, said: “Lombok is in the midst of a private and public investment boom. It is a chain reaction and more and more developers and contractors are coming into the area. Besides, the recent MotoGP Mandalika race has put the destination in the limelight nationally and internationally.”

Lombok International Airport has undergone a terminal expansion during the pandemic, with Pullman Lombok Mandalika Beach Resort set to open in August and a Kempinski property to follow soon.

Eduard Pangkerego, COO of Artotel Group, the appointed operator of the site, told TTG Asia: “We are riding on the momentum of the government’s efforts to open up North Sulawesi for tourism with the Super Priority status, with Likupang Special Economic Zone as the focal point.”

He recognises North Sulawesi’s tourism potential, pointing to the destination’s international airport in Manado and the government’s courtship of direct flights from Hong Kong and China, among other efforts.

According to Eduard, the development of both Likupang and Bitung will amplify North Sulawesi’s presence and speed up other tourism development to make it one of Indonesia’s major places to visit.

Eduard shared that Batuangus 369 will not only preserve the environment but also cultivate local nature, culture and heritage.

He said: “The Colosseum (a major development in the first stage of the project), for example, will reflect the identity of nine sub-ethnic groups recognised among the Minahasa people through the architectural concept of its hotels, villas and cultural arts displayed in the complex.”

Indonesia’s minister of tourism and creative economy, Sandiaga Uno, has noted the growing interest of international investors and will facilitate more projects.