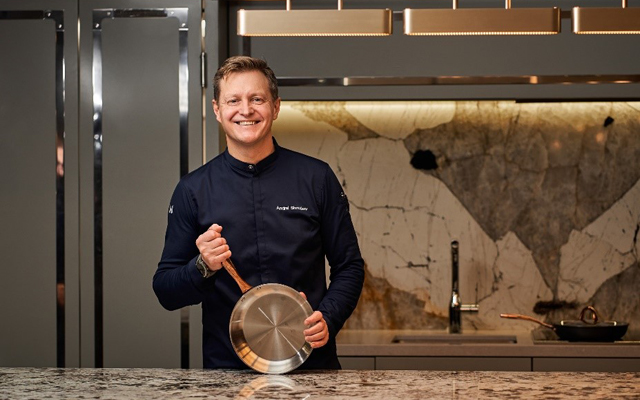 Michelin-star chef Andrei Shmakov will take over the Sea Salt at Sheraton Maldives Full Moon Resort & Spa, where he will present a series of exclusive, multi-course dinners from March 20-27.

While the actual menu is a surprise, Shmakov has previously served up dishes such as tartlets with pumpkin cream, yuzu and marinated tomato; seared salmon with seaweed, pickles and horseradish sour cream; baked scallops with morel fricassee, as well as a fish coulibiac with champagne sauce and caviar.

Originally from Tallinn, Shmakov joined Hotel Metropol in Moscow as executive chef in 2013 after working in some of the best kitchens in Europe, including previous training at Noma in Copenhagen. His award-winning restaurant Savva in Moscow offers modern Russian cuisine that interprets classic dishes in a contemporary way.

Marriott Bonvoy members will also have the chance to bid loyalty points for a Marriott Bonvoy Moment, which includes a sandbank picnic for two hosted by Shmakov, a private dolphin cruise with champagne and canapés, a snorkelling excursion, spa treatments and more.