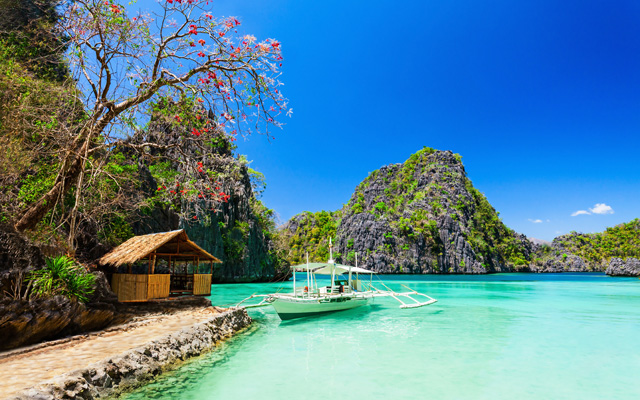 As the Philippines reopens her borders tomorrow to fully-vaccinated tourists from non-visa required countries, tourism leaders expect arrivals to be gradual and anticipate hitches with possible solutions built into reopening guidelines.

The flag carrier has started flying to 23 international and 28 domestic destinations, with the total daily flights just 40 per cent of the 300 daily flights pre-pandemic, said PAL spokesperson Cielo Villaluna at a virtual forum, Kapihan sa Manila Bay, on February 9.

Tourism Congress of the Philippines president, Jojo Clemente, said his organisation is taking a “conservative approach” in the “gradual restart” of foreign arrivals. A big influx is not expected until towards the end of the year.

Clemente added that inbound interests are coming more from longhaul markets like Europe “since they are a bit more liberal in travel restrictions” compared to Asia, which has the “toughest set of protocols for inbound and outbound”. Preferred destinations are the major ones: Boracay, Palawan, Cebu and Bohol.

Since mandatory quarantine is no longer required for fully-vaccinated foreign tourists and Filipinos coming from abroad, 76 quarantine hotels in Metro Manila have already applied to convert into regular hotels – more are expected to follow suit – and 14 of them have been approved, revealed tourism secretary Bernadette Romulo-Puyat.

“What we would like is some kind of financial assistance coming from the government to help tide us over the next six to 12 months, which we see will be difficult,” Bengzon said.

It is understood that the government has not given hotels the stimulus package that they have been asking for during the pandemic.

Romulo-Puyat said the tourism authority is pushing for the “healthy rebound of tourism,” noting that the country has “moved past the worrying wave” with the Omicron variant under control and high vaccination rate of tourism workers.

Ready for the hitches and challenges that may crop up during the tourism restart, Romulo-Puyat said: “We are ready as we can be with health and safety protocols, rafted as early as May 2020 and implemented in June 2020. These protocols will continue to be changed according to the need of the times.”

As to the lack of unified travel protocols among destinations, Romulo-Puyat said that since it is the destinations’ local government units (LGUs) who are lobbying for foreigners to be allowed entry, “I would like to think that….they will make it easier for foreigners to come to the country and make it as easy as possible”.