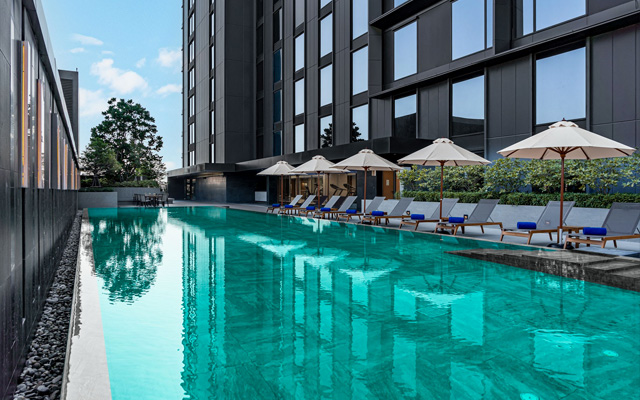 Thai residents remain the foremost target for new hotels that have opened across Thailand although the Kingdom’s Sandbox and Test & Go schemes have facilitated international tourist arrivals.

Melia Chiang Mai, slated for an April 2022 opening, will also depend on “keen interest from the local market” as it takes off. General manager Edward E Snoeks expects regional markets to return in the later months in 2022, while Chinese travellers are not expected until 4Q2022.

Minor Hotels, which has several new openings pegged for this year in Khao Lak and Koh Lanta, will focus on a “strong domestic plan” but Mark O’Sullivan, area general manager – Bangkok, Chiang Rai, Koh Pha Ngan, Koh Samui, told TTG Asia that overseas source markets such as the UK, Germany, Russia and the Middle East are also in the company’s line of sight.

Sharing the longhaul vision, Gilles Cretallaz, Accor’s senior vice president operations Upper South-east Asia, said these markets have shown “strong interest” and are “particularly enthusiastic about the reopening of Thailand”. While Australia, France and the US are important for Accor hotels across Thailand, Russian is particularly key for Phuket, he noted.

Accor recently opened Novotel Bangkok Future Park Rangsit, its latest Novotel flagship for South-east Asia. More signings will come, as the company pushes on with plans to expand its Thailand portfolio from 88 to 104 hotels within the next four years.

Thailand’s spate of new hotel openings in the last quarter of 2021 may not necessarily indicate a boom in the hotel landscape.

Bill Barnett, a founder of the Phuket Hotels Association and managing director of C9 Hotelworks, told TTG Asia that many of the new hotels were already in development, and noted that Thailand’s pipeline has slowed.

“There is pressure from financial institutions to open these businesses and most owners realise the best they can expect from present circumstance is not to break even, but to mitigate losses,” stated Barnett.

However, Barnett expressed “cautious optimism” in hotel industry performance going forward, stemming from Thailand’s Sandbox and Test & Go schemes which he said “have proven successful models for the most part for Thailand”.

“While the world struggles with Omicron, there is reason to believe by 2H2022 this too shall pass, and that Thailand is in pole position to move forward with its tested models,” he said.

Barnett projects faster recovery for resorts compared to hotels in urban destinations, as well as stronger return of bleisure trips and an increase in length of stays.

With travellers expected to spend a longer time in a particular destination, Cretallaz said demand for more affordable accommodation would spike. Supporting his projection, he shared that demand for economy and midscale hotels has bounced back very quickly.