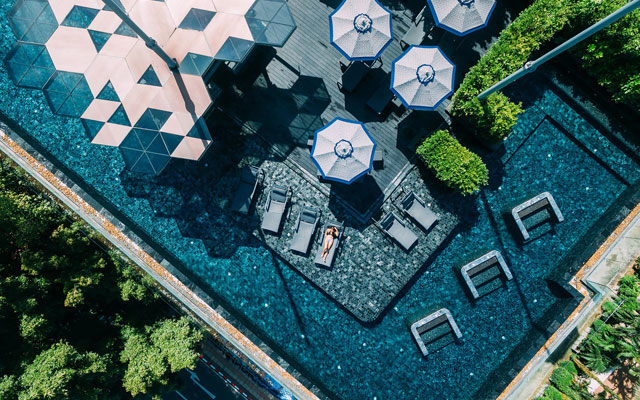 Thailand’s traditional low travel season this July and the next two months will take a different turn for Phuket, which kicks off the Phuket Sandbox tourism resumption arrangement today.

In anticipation of the post-pandemic milestone, several hotels in Phuket have rolled out attractive deals to entice guests.

Banyan Tree Group, for one, has aligned its Phuket Is Open Campaign with the Phuket Sandbox programme, with a number of experiential offerings at its Banyan Tree Phuket, Angsana Laguna Phuket and Cassia Phuket resorts.

All Phuket Sandbox arrivals are required to take a PCR test upon arrival at Phuket International Airport, and again on the sixth and 12th day of their stay.

IHG Hotels and Resorts has also rolled out a warm welcome to its IHG Rewards members, who will earn 5,000 bonus points for every stay at a participating Phuket hotel (InterContinental Phuket Resort, Hotel Indigo Phuket Patong, Holiday Inn Resort Phuket and Holiday Inn Express Phuket Patong Beach Central) along with perks such as daily breakfast, guaranteed room upgrade, F&B discounts and early check-in and late check-out, when they book a five-night stay by July 25 for fulfilment between July 4 and December 23 December, 2021.

Group CEO of Dusit Thani, Suphajee Suthumpun, said Dusit Thani Laguna Phuket was one of the first tourism players to support the scheme. Today, the property welcomed the first batch of Phuket Sandbox arrivals, made up of Dutch and Thai residents flying in from Singapore.

In the lead up to July 1, the Dusit Thani team had inspected Phuket to ensure all sectors were ready for the reopening.

“The hotel can learn and prepare for the high season that comes the end of the year. (The Phuket Sandbox) is a model to expand to other areas as well,” Suphajee said.

Presently, Phuket province has 1,389 business establishments awarded with the Amazing Thailand Safety and Health Administration (SHA) Plus Certificate. These include 882 hotels, and some will welcome about 350 to 400 tourists coming to the island under the Phuket Sandbox programme.

Rajit Sukumaran, managing director for South East Asia and Korea at IHG Hotels and Resorts, said the reopening of Phuket to vaccinated travellers marks a positive step not just for Thailand, but for Asia too.

He said in a press statement: “We are making more meaningful progress towards global recovery, with vaccine rollouts, ease of restrictions and an acceleration in economic activity. We are confident that Thailand’s booming tourism industry will return – history has shown us this before as we know there’s pent up demand for travel when people can do so again.”

Access to Phuket over the next four days of reopening will be facilitated by major airlines linking Phuket with important cities such as London, Frankfurt, Dubai, Abu Dhabi, and Singapore. – Additional reporting by Karen Yue