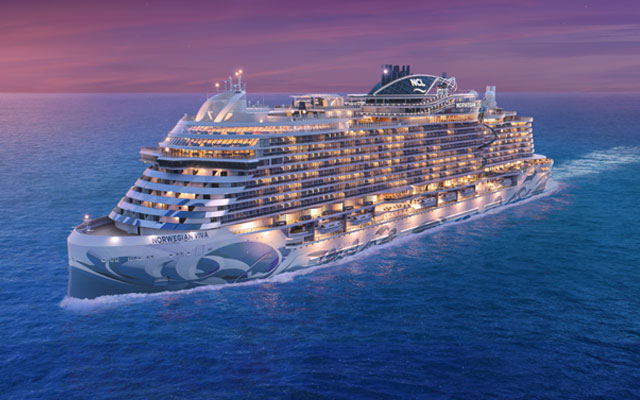 Norwegian Cruise Line (NCL) has unveiled Norwegian Viva, the second of six Prima Class vessels, scheduled to embark on its maiden voyage in 2023.

She will then sail the Southern Caribbean for her 2023-2024 northern hemisphere winter season, offering getaways from San Juan, Puerto Rico.

Just like its sister ship Norwegian Prima, Norwegian Viva will be built by Italian shipbuilder Fincantieri in Marghera, Italy. The ship will be 294m long, 42,500 gross tons and able to accommodate up to 3,219 guests.

Besides offering the largest variety of suite categories available at sea, the vessel will also boast a redefined The Haven by Norwegian, NCL’s ship-within-a-ship concept. The Haven’s public areas and 107 suites will feature a sundeck, infinity pool, and an outdoor spa with a sauna and cold room.

Onboard experiences will include the freefall drop dry slides, The Rush and The Drop; and three-level racetrack, Viva Speedway.