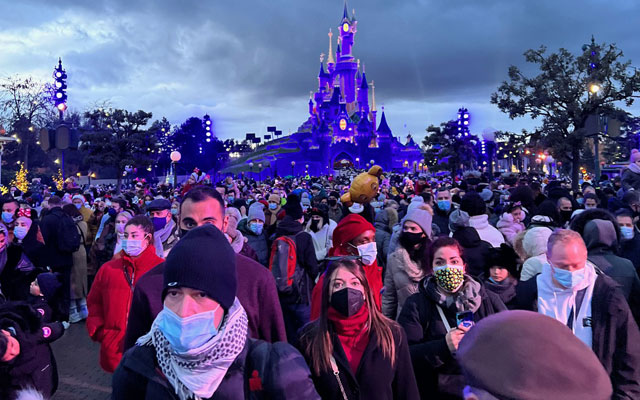 As the Boeing 787 taxied down Changi Airport’s runway and the plane’s engines rumbled to life, a surreal feeling washed over me. This was my first overseas trip in 21 months, made possible thanks to a vaccinated travel lane (VTL) established between my hometown Singapore and France.

But getting to this point wasn’t easy; there was a degree of nervousness and hesitancy leading up to my three-week trip to France in December. In late November, South Africa shared their discovery of the Omicron strain, prompting knee-jerk reactions from countries that quickly shut their borders, resulting in many cancelled hotel bookings and flights.

Days before our departure, France announced that incoming vaccinated travellers from Singapore would now be required to present a negative antigen rapid test (ART) result, but will still get to skip quarantine.

Despite the uncertainties, my travel companion, H, and I decided to take the plunge. So we scrambled to find a clinic to get a last-minute ART appointment (three out of the four I checked were fully booked), as well as make several last-minute transport bookings in France.

Finally, the big day arrived. At the airport, checking in took about 20 minutes longer than usual, because in addition to our passports, staff also asked to see our vaccination certificates, sworn statements required by the French authorities, and ART results. The transit terminal, once a bustling place, was depressingly deserted with many shops shuttered.

On board our Air France plane, apart from a mask mandate, the flight experience was similar to pre-pandemic times. H and I were lucky to each snag a row of three economy class seats, so we could enjoy our own “lie-flat seats” à la business class. Our return flight however, was packed to the gills. I suspect it was because there were only three VTL Air France flights a week, and many were using Singapore as a transit point to fly onward to Australia.

When we touched down in Paris after a 12-hour flight, the immigration officer waved us through after a cursory check of our passports, but didn’t ask for our sworn statements, vaccination proofs, or ART results.

To an extent, this felt like a sense of normalcy had returned, but there is no denying the world has changed. The majority of French people wore masks both indoors and outdoors, and the TousAntiCovid app was keenly checked at all tourist attractions and restaurants. Numerous white tents were also erected outside pharmacies, where ARTs could be conveniently done for €25 (US$38) a pop.

The thinner than usual crowds at tourist attractions were also another sign of the times, but it was a pleasant silver lining as it made for a safer, more relishable experience. We spent nearly three glorious weeks basking in France’s majestic scenery, from the landmark Eiffel Tower and sandy beaches of Nice, to the towering Calanques of Marseille and snow-capped mountain ranges of Chamonix.

Many times, when I stood still to soak in the scenery, I felt absolutely refreshed, recharged and alive to be hitting the road again after an extended travel drought of two years.

There were a couple more protocols that H and I had to adhere to upon our return to Singapore, including taking a polymerase chain reaction (PCR) test upon arrival at the airport, followed by six days of self-administered ARTs where we had to upload the results onto a government website. We also had to refrain from dining out and going to the gym, and avoid meeting large groups of people.

Also, travelling during the Covid era meant additional costs incurred. These include travel insurance with a steeper price tag – I purchased mine from Sompo Insurance Singapore for S$236 – as it came with Covid coverage which would come in handy in case of border closures, flight delays, and cancelled activities; as well as a grand total of eight ART tests and one PCR test which added up to about S$250.

It is worth noting that France is one of the VTL destinations that allow travellers to take the ART, a more affordable option compared to PCR testing which is required by other VTL destinations like Malaysia and South Korea.

Despite these minor inconveniences and extra costs, the rewards that come with travelling abroad again to disconnect and mentally recharge are extremely worth it. While some might deem it irresponsible to travel during a pandemic, I believe that safe holiday travel is achievable as long as one observes proper protocols and exercise prudence everywhere they go.

Travel and tourism is an economic lifeline for millions, generating 10 per cent of employment around the world, according to the World Travel & Tourism Council. In 2020, a staggering 62 million jobs were lost globally, and WTTC data shows a rise of a meagre 0.7 per cent in 2021. While domestic travel has been a saving grace for the sector, it is not enough to achieve a full economic recovery.

Our presence in France, then, must have been more than welcome by hospitality and tourism operators, all of whom greeted us warmly wherever we went.

It is my hope that readers will keep an open mind about travelling in post-pandemic times, as it can serve as a positive force to help rebuild millions of livelihoods across the globe.