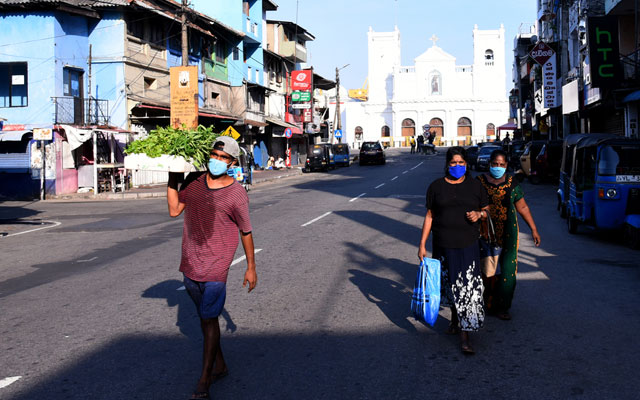 Sri Lanka has revised its initial forecast of inbound tourist arrivals for this year, setting a new highly ambitious target of attracting 2.3 million tourists, with special focus on the Indian, Middle Eastern and Russian markets.

Tourism minister Prassana Ranatunga told reporters at a media conference in Dubai on Monday that the government is hopeful for a rebound in the traditional markets in Europe in the latter part of 2022.

“The 2.3 million tourist arrivals is a target that we want to aspire to and to generate an income of around $4.5 billion rupees (US$22.2 million),” Ranatunga was quoted as saying in the local Daily FT newspaper.

This marks a drastic upward revision of their inbound forecast for 2022 from last month, where tourism officials stated that they were projecting 1.2 million arrivals for 2022 – approximately half of the 2.3 million arrivals recorded in 2018, a record year for the country’s tourism industry.

According to local sources, the revised figure to pre-pandemic level is based on a likelihood of increasing arrivals from India, the Middle East and former Soviet states.

The Daily FT newspaper reported that provisional data showed that Sri Lanka finished 2021 with 194,495 tourist arrivals, with December attracting 89,506 visitors, the highest for a month since the pandemic’s onset.

Ranatunga described the 2021 figure of nearly 195,000 tourist arrivals as an achievement amid the pandemic. “We hope this trend will continue. Our expectations are that tourist arrivals will improve to 100,000-125,000 per month in the first quarter of 2022,” he was quoted as saying.

However, that optimistic outlook is not shared by industry officials.

Tourist Hotels Association president M. Shanthikumar said hotels were hit by a wave of cancellations during the winter season, with an estimated drop of 30 per cent in bookings, due to the Omicron variant spreading fast in Europe.

But he pointed out that if there are no travel restrictions in place across 2022, tourist arrivals are likely to grow this year.