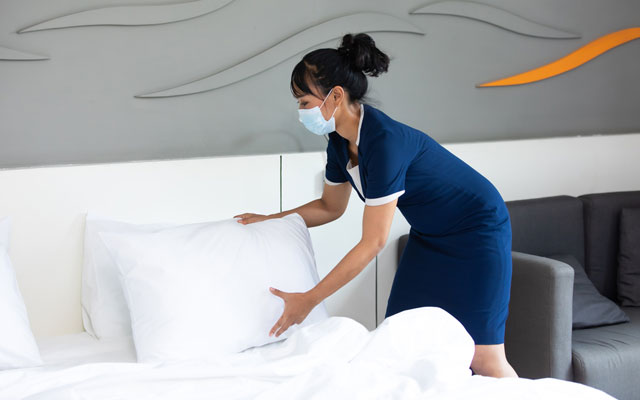 He said that the career fair is also an opportunity for the organisers to identify the skills that potential candidates are lacking in so as to determine the type of training programmes that are needed.

“Providing the necessary entry level and supervisory training programmes will be the next step (after recruitment),” said Uzaidi.

Uzaidi hoped to be able to replicate this initiative with other state governments in future. He said the labour shortage in the tourism industry was more acute in small towns and islands.

Anthony Wong, secretary of Malaysian Association of Hotel Owners, expressed support for the joint initiative, saying that he believed it was building a foundation for the future when inbound travel restarts.

He said not all hotels in the country are operating at full capacity, partly due to lack of manpower, but also because the domestic market is seasonal.

Citing his personal experience of managing the 115-key Cottage by the Sea by Frangipani in Langkawi, he said average occupancy last month was 80 per cent due to the holidays, but it dropped to 10 per cent this month. He had only opened 80 rooms in December due to a lack of staff – a situation experienced by many hotels in Malaysia that had to lay off workers during the pandemic.

He said part of the reason it is difficult to hire staff for the hospitality industry is the current state of uncertainty as the pandemic rages on.