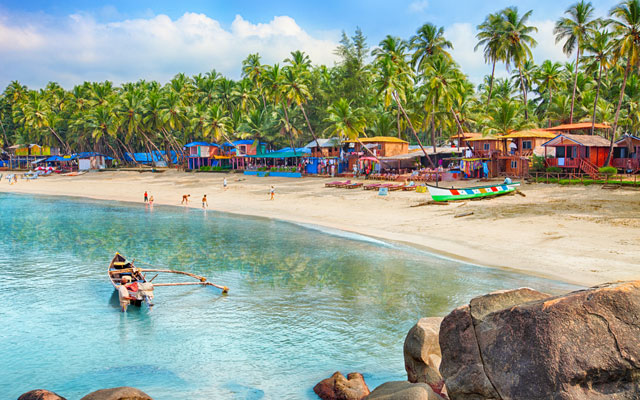 Goa’s tourism growth story is gradually getting back on track as it has become the go-to holiday destination for domestic tourists since the state reopened post the second wave, according to a report by hotel consulting firm HVS.

With the government taking steps to welcome foreign tourists back, it is also expected that Goa, which is known as one of India’s top beach and nightlife destinations, may soon see a surge in demand from international tourists, allowing it to recover faster than most leisure destinations.

Moreover, the government intends to prioritise responsible and high-quality tourism over volume going forward, with plans in place to rebrand and remarket Goa as a diverse tourism destination.

However, even before the pandemic, Goa, which attracted approximately eight million tourists in 2019, was suffering from the negative impacts of overtourism, noted the study authors Mandeep S Lamba and Dipti Mohan.

“These challenges, particularly the rate of infrastructure development, are unlikely to be resolved very soon, giving India the opportunity to develop other untouched and unexplored beach destinations for tourists along its 7,500km coastline,” they said.

Already, the government is taking steps to transform the Andaman & Nicobar Islands, as well as Lakshadweep, into world-class tourism destinations comparable to the Maldives, Bali, and Mauritius, the authors noted.

“However, other upcoming tourist locations such as Bekal, Gokarna, Daman & Diu, Pondicherry, and Odisha, to mention a few, have not yet been able to draw their fair number of tourists,” they said.

“These destinations should reassess their positioning in order to climb up the hierarchy by emulating some of Goa’s best strategies while avoiding the state’s mistakes.”

The authors advised that authorities should evaluate global best practices and tourism models, and implement effective destination management strategies, so as to achieve a balance between tourism and sustainability.

They said: “Improving last-mile connectivity to these areas, building adequate infrastructure amenities, including quality hotel supply, and executing new marketing strategies, can help attract tourists looking for an alternative to Goa, while also helping reduce overtourism in Goa in the long run.”