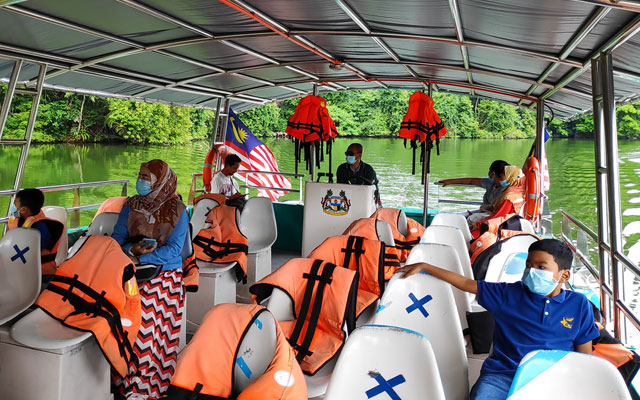 A number of initiatives announced during Malaysia’s Budget 2022 to rejuvenate the tourism sector has drawn mixed response among tourism and hospitality players.

When tabling Budget 2022 in Parliament on Friday (October 29), finance minister, Zafrul Abdul Aziz, announced seven key initiatives amounting to a total of RM1.6 billion (US$385.8 million) which will be rolled out next year to support the tourism sector in its recovery from the Covid-19 pandemic.

The initiatives, which are expected to benefit more than 26,000 employers and 330,000 employees, include an extension of the wage subsidy programme for tour operators whose revenue has declined by at least 30 per cent.

The government is also allocating RM600 million for specific financing for the tourism sector, available through the Penjana Tourism Financing and the Malaysia Development Bank’s Rehabilitation Scheme.

As well, RM85 million in special assistance will be given to more than 20,000 tourism operators registered under the Ministry of Tourism, Arts and Culture (MOTAC) for a period of three months, and another RM50 million for the maintenance of tourism infrastructure in the country.

A sum of RM30 million has also been earmarked for the provision of matching grants for the repair of 738 budget hotels registered under MOTAC, as well as for registered homestay owners.

Furthermore, RM50 million will be given in matching grants to companies that organise arts and culture related programmes, and RM60 million in incentive funds for promotional activities to spur domestic travel.

In addition to these initiatives, Zafrul also announced the extension of the individual income tax relief for domestic tourism expenditure of up to RM1,000 until end-2022, as well as an allocation of RM20 million to the Malaysia Healthcare Travel Council to strengthen the country’s position as a preferred health tourism destination.

Malaysian Association of Hotels president, N Subramaniam, described the Budget 2020 as “encouraging” for the tourism industry.

Subramaniam added: “Various funds announced for the upkeep and upgrade of tourism infrastructure as well as specifically for budget hotels are timely, and would contribute to the rebuilding of the tourism industry’s competitiveness.”

He further said that the industry is looking forward to more details on the Penjana Tourism Financing and the rehabilitation scheme funding that could be beneficial to stakeholders if made accessible at low or zero interest rates. “Industry stakeholders are hopeful for it to provide immediate funding and cash flow,” he added.

While general tourism marketing and operational budget was not mentioned in the announcement, Subramaniam expressed hope that the government has allocated sufficient budget to promote and market Malaysia post-Covid given that the competition for tourists will be fierce.

Others are less happy with the newly-announced measures. Both the Malaysia Budget & Business Hotel Association (MyBHA) and the Malaysian Association of Tour and Travel Agents (MATTA) said the initiatives fell short of expectations.

MyBHA deputy president, Sri Ganesh Michiel, opined that the Budget 2022 “does not have a positive long-term impact towards the recovery of the hotel industry” and urged the government to review and increase the financial allocation for the tourism industry.

“It is imperative for the hotel and tourism industry to recover quickly before international borders reopen throughout the country,” he said.

MATTA president, KL Tan, said that while he welcomed the extension of the wage subsidy programme to support tourism workers, “the rest of the budget initiatives fall short of expectations to rehabilitate and stimulate domestic travel”.

He pointed out, for example, that the extension of the personal tax relief of up to RM1,000 for domestic travel will not have a significant impact as the tax savings will only amount to RM210 if a taxpayer is under the 21 per cent tax bracket group. He said MATTA had earlier requested for individual tax relief of RM8,000.

Also missing from the budget was tax incentives for local companies carrying out incentive trips or holidays for their staff within the country to boost domestic travel, said Tan.

He called on the government to “always review and reassess the support to speed up the recovery of the tourism industry” as the country moves into the endemic phase so as to harness the full potential of tourism for economic recovery.