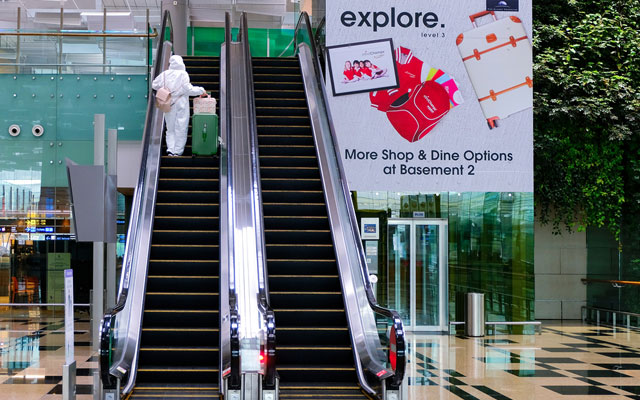 Fully vaccinated travellers from Australia and Switzerland will be able to enter Singapore without quarantine from November 8, under the latest expansion of the city-state’s vaccinated travel lane (VTL) scheme.

For Australia, the VTL will facilitate two-way quarantine-free travel between the two countries for fully vaccinated Australian citizens, permanent residents and their immediate families, said the Civil Aviation Authority of Singapore (CAAS).

Australian prime minister Scott Morrison last week said that the country was in the final stages of concluding an arrangement which will see Australia opening up to more visa-class holders from Singapore, with details to be announced later.

CAAS noted that both Australia and Switzerland are in Category II of the Ministry of Health’s country/region classification for border measures, with similar or lower Covid-19 incidence rates than Singapore.

With the commencement of the VTLs for Australia and Switzerland, the current quota for the scheme will be increased from 3,000 to 4,000 travellers daily, said CAAS. “We will monitor the progress of the scheme closely before deciding on any further increases in capacity,” it added.

Under the VTL, fully vaccinated travellers from these countries may enter Singapore without quarantine and just need to undergo two Covid-19 PCR tests – one within 48 hours before departure and another upon arrival at Changi Airport. Children aged 12 years and below who are not vaccinated will be allowed to travel under the VTL into Singapore if they are accompanied by a traveller who meets all the requirements.

The VTL was launched on September 8 for Brunei and Germany, and was later extended to nine other countries – Canada, Denmark, France, Italy, the Netherlands, Spain, the UK, the US, and South Korea.

CAAS said that the “successful implementation of the VTL scheme” has given it “the experience and confidence to extend it to more countries”. It added that it will continue to do so “in a cautious and step-by-step manner without compromising public health”.