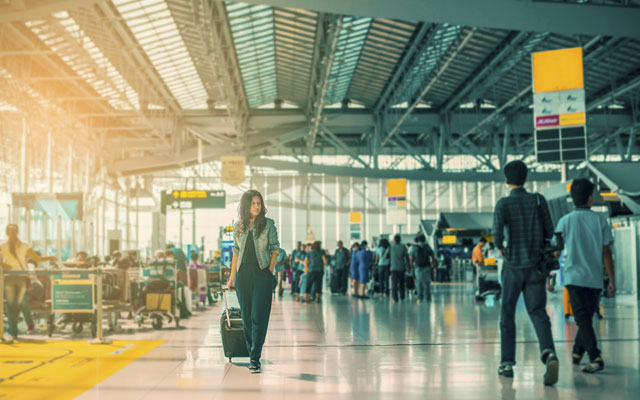 The travel and tourism sector’s continued sluggish recovery will see its year-on-year contribution to global GDP rise by less than one-third in 2021, according to new research from the WTTC.

The sector’s recovery has been hampered by the lack of international coordination, severe travel restrictions and vaccine inequity, WTTC said in a media release.

In 2019, the travel and tourism sector generated nearly US$9.2 trillion to the global economy, noted WTTC. However in 2020, the pandemic brought travel and tourism to an almost complete standstill which resulted in a 49.1 per cent drop, representing a loss of nearly US$4.5 trillion, it added.

While the global economy is set to receive a modest 30.7 per cent year-on-year increase from travel and tourism in 2021, this will only represent US$1.4 trillion and is mainly driven by domestic spending.

The economic modelling was conducted by Oxford Economics on behalf of WTTC and calculated a baseline scenario based on the current global vaccination rollout, consumer confidence and relaxed travel restrictions in some regions around the world.

The research reveals that at the current rate of recovery, travel and tourism’s contribution to the global economy could see a similar moderate year-on-year rise of 31.7 per cent in 2022.

Last year, WTTC revealed the loss of a staggering 62 million travel and tourism jobs around the world and with the current pace of recovery, jobs are set to rise by only 0.7 per cent this year.

Similarly, research shows a more hopeful potential year-on-year jobs rise across the sector next year, by a positive 18 per cent.

Julia Simpson, WTTC president & CEO, said: “If governments can start looking internationally and support travel and tourism with simplified rules to enable the safe return of travel, there is the opportunity to save jobs and boost economic wealth.”

According to the research, the sector’s contribution to global GDP and the rise in jobs could be more positive this year and next, if the following measures are met:

The research shows that if these four vital rules are followed before the end of 2021, the sector’s contribution to the global economy could jump by 37.5 per cent, reaching US$6.4 trillion this year (compared to US$4.7 trillion in 2020).

There is also hope that if restrictions continue being lifted and with more international cooperation, governments could bring back nearly 19 million jobs before the year ends (up 6.8 per cent).

The trend continues into next year when the sector’s contribution to the global economy could see a year-on-year rise of 34 per cent, reaching US$8.6 trillion, close to 2019, a record year for travel and tourism. Similarly, jobs could surpass 2019 levels – up 20.1 per cent year-on-year, to more than 349 million.