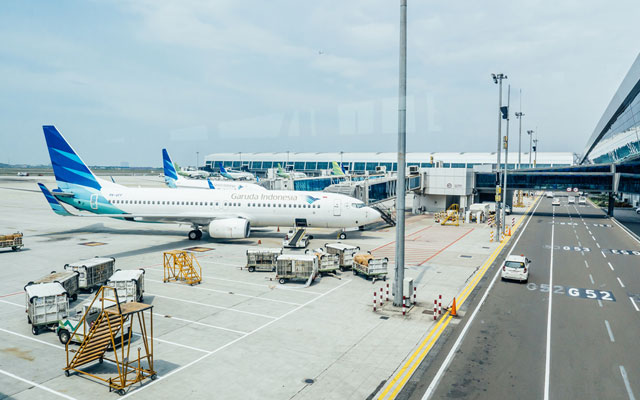 Indonesia’s directorate general of air transportation has reversed its policy to impose a cap on international passenger arrivals in Jakarta’s Soekarno-Hatta International Airport. The new policy took effect from October 4.

In a letter addressed to national and international airlines operating in the country, seen by TTG Asia, Novie Riyanto, director general of air transportation of the Ministry of Transportation, said: “Following an evaluation, the cap on inbound traffic to Soekarno-Hatta International Airport of 90 passengers per flight, as of October 4, is no longer valid.”

He added that along with the revised policy, the airport has added new health check facilities and improved upon existing ones, and additional international entry points were being prepared. He also said that sufficient quarantine facilities were in place.

However, airline operators are still required to submit data on their flight arrival plans and the number of passengers on each flight.

Last Wednesday (September 29), Novie issued a letter stipulating that international flights arriving at Soekarno-Hatta International Airport will be capped at 90 passengers per flight with effect from September 30.

The now-reversed policy was part of efforts to guard against the entry of new Covid-19 variants into the country, prevent queues for PCR test checks, as well as to ensure the quality of inspection results and that every passenger meets the application provision.

“This needs to be done so that we can carry out stricter supervision to prevent the new variants (from entering) Indonesia,” Novie said.

The policy had sparked reactions from IATA and the Association of the Indonesian Travel Agents, who respectively sent letters to Indonesia’s transport minister to appeal against the decision.

Both associations deemed the last-minute policy notice as extremely disruptive for the airlines to impose.