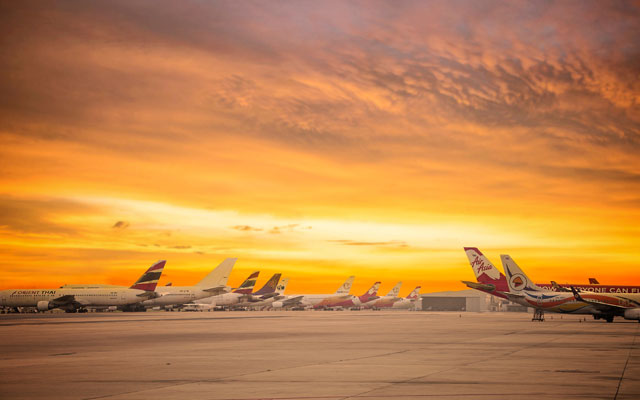 Recovery in air travel has decelerated in August 2021 compared to July 2021, as government actions in response to concerns over the Covid-19 Delta variant cut deeply into domestic travel demand.

Total demand for air travel in August 2021 (measured in revenue passenger kilometers or RPKs) was down 56.0% compared to August 2019. This marked a slowdown from July, when demand was 53.0% below July 2019 levels.

This was entirely driven by domestic markets, which were down 32.2% compared to August 2019, a major deterioration from July 2021, when traffic was down 16.1% versus two years ago. The worst impact was in China, while India and Russia were the only large markets to show a month-to-month improvement compared to July 2021.

International passenger demand in August was 68.8% below August 2019, which was an improvement compared to the 73.1% decline recorded in July. All regions showed improvement, which was attributable to growing vaccination rates and less stringent international travel restrictions in some regions.

“August results reflect the impact of concerns over the Delta variant on domestic travel, even as international travel continued on a snail’s pace toward a full recovery that cannot happen until governments restore the freedom to travel,” said Willie Walsh, IATA’s director general.

“In that regard, the recent US announcement to lift travel restrictions from early November on fully vaccinated travelers is very good news and will bring certainty to a key market. But challenges remain, September bookings indicate a deterioration in international recovery. That’s bad news heading into the traditionally slower fourth quarter,” Walsh added.

Asia-Pacific airlines saw their August international traffic fall 93.4% compared to August 2019, barely improved over the 94.5% drop registered in July 2021 versus July 2019 as the region continues to have the strictest border control measures. Capacity dropped 85.7% and the load factor was down 44.9 percentage points to 37.9%, by far the lowest among regions.

Latin American airlines saw a 63.1% drop in August traffic, compared to the same month in 2019, improved over the 68.3% decline in July compared to July 2019. August capacity fell 57.3% and load factor dropped 11.4 percentage points to 72.6%, which was the highest load factor among the regions for the eleventh consecutive month.

Domestic Passenger Markets
China’s domestic traffic dropped 57.0% compared to August 2019 – a huge deterioration from the 2.5% fall in July. However, overall cases were low, and outbreaks were mostly under control by the end of August, suggesting numbers will improve in September.

India’s domestic traffic reversed the trend, as demand fell 44.8% in August, improved from a 58.9% decline in July versus July 2019, owing to positive trends in new cases and vaccination.

The Bottom Line
Walsh said: “The rapid slowdown in the domestic traffic recovery in August, owing to a spike in the Delta variant shows how exposed air travel continues to be to the cycles of Covid-19.

“For governments that should send two messages. The first is that this is not the time to step away from continuing support of the industry, both financial and regulatory. The second is the need to apply a risk-based approach to managing borders – as passengers are already doing in making their travel decisions.”