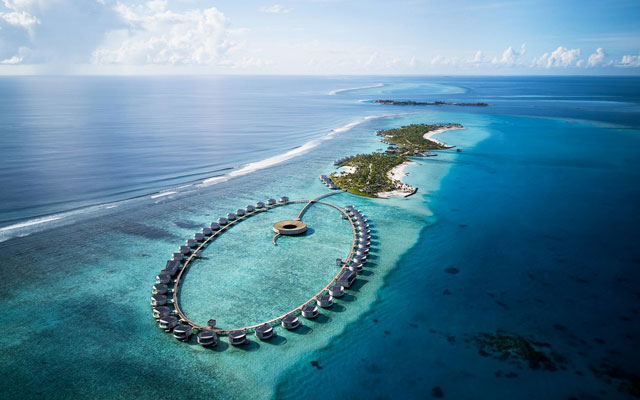 Marriott International has signed 22 new hotel agreements in South Asia – comprising India, Bhutan, Bangladesh, Sri Lanka, the Maldives and Nepal – in the past 18 months, expecting to add more than 2,700 rooms to its portfolio.

“In a highly unpredictable year, these signings are a testament to Marriott International’s resilience and agility in driving strong growth within a hospitality landscape that continues to evolve,” commented Rajeev Menon, president, Asia Pacific (excluding Greater China), Marriott International. “It is a sign of confidence from our owners and franchisees who have been an integral part of our growth journey.”

More than a third of the newly signed projects in South Asia in the last 18 months include hotels and resorts in the luxury-tier, comprised of brands such as JW Marriott and W Hotels.

Come 2024, the W Hotels brand will be making its debut in Jaipur with W Jaipur.

JW Marriott Hotel Bhutan, Thimphu is expected to mark the debut of the JW Marriott brand in Bhutan, anticipated to open in 2025.

Comprised of brands such as Courtyard by Marriott, Fairfield by Marriott, Four Points by Sheraton, Aloft Hotels and Moxy Hotels, Marriott’s select brands also continue to resonate in South Asia representing more than 40 per cent of the 22 newly signed hotel projects.

The Moxy brand is expected to debut in India and Nepal with Moxy Mumbai Andheri West in 2023 and the Moxy Kathmandu in 2025.

Secondary and tertiary markets remain a focus for Marriott International in India, where its Courtyard by Marriott and Fairfield by Marriott brands will be expanding their presence with the recently signed agreements.

Expected to further the growth of premium brands in South Asia, the recent signings include the Katra Marriott Resort & Spa in India and the Le Méridien Kathmandu, which will mark the debut of the Le Méridien brand in Nepal. Additionally, the Bhaluka Marriott Hotel expects to mark the entry of the Marriott Hotels brand in Bangladesh, anticipated to open in 2024.