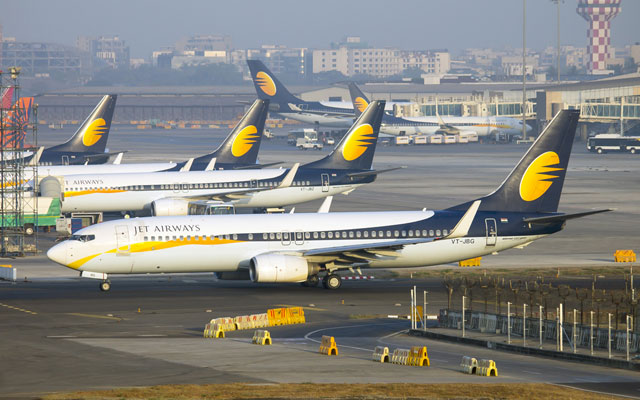 Major Indian travel trade associations have strongly expressed their disappointment at the announcement that defunct domestic airline, Jet Airways, plans to resume operations in the first quarter of next year.

The Jalan Kalrock Consortium, the successful resolution applicant of the carrier, said in a statement earlier this week that the process of reviving the grounded carrier is on track with regulatory approvals in place. Travel agent associations have raised apprehensions about the government allowing the airline to restart operations without clearing refunds that are pending with the airline since it ceased operations.

“How can the Ministry of Civil Aviation allow an airline who has defaulted revive unless and until it clears all the dues owed to the travel industry, consumers and staff who have borne the brunt (of the defaults) and suffered?” said a dejected Jyoti Mayal, president, Travel Agents Association of India (TAAI). “We welcome more and more airlines to fly in our skies but not at the cost of killing the IATA agents and the consumers.”

India’s National Company Law Tribunal (NCLT) had issued a written order that approved the resolution plan for Jet Airways in June this year. Jet Airways had suspended its operations on April 17, 2019.

“Unfortunately, it has been never been a level-playing field in the case of airlines and travel agents. Even the NCLT order which paved the way for Jet Airways to restart its operations is unfair not just to travel agents but the travellers too,” opined Ajay Prakash, president, Travel Agents Federation of India (TAFI).

“The NCLT in its order has said that all the creditors will get a maximum 15,000 rupees (US$203.62) as refund amount irrespective of the actual price of air ticket. There are people whom the airline owes millions of rupees. You can’t expect such creditors to trust the airline once it resumes operations,” Prakash said, adding that the defunct airline owes 460 million rupees to one of its members.

The travel trade association stressed on the immediate need of a financial mechanism to be implemented that can safeguard travel agents and end consumers in case an airline goes bust.

“The guidelines for anyone to start an airline needs to be deliberated upon, not only among the promoters and government, but also associations like TAAI. (In the case of Jet Airways,) the promoters misappropriated the money and filed for bankruptcy and the government closed its eyes (to the predicament of the creditors),” said Mayal.

“I request the minister of civil aviation (Jyotiraditya Scindia) to look into the workings of the airlines and ensure that a sustainable model is being implemented. There is a need to establish a task force with TAAI on board to understand the workings and challenges of our members who play an important role in promoting the business of all airlines.”

The Jalan Kalrock Consortium, the new owners of the airline, had shared in their resolution application before NCLT that there are 5,081 creditors that have an option to get cash refund or seek credit for future tickets.

“At a meeting with the Ministry of Civil Aviation, this is one point that we have put up strongly. The directorate general of civil aviation has to look at some sort of insurance system to protect consumer money.”

Prakash added that the regulatory authorities allowing Jet Airways to fly without clearing refunds is a “cruel blow” to both travel agents and end consumers.

He said: “On one hand, it is good that you will have another airline and more competition, but at what cost? Even if this is a case where nothing more can be done, there are at least lessons to be learnt. An airline can go bust at any time, especially in the present challenging environment. So, we need a system that looks out for the interests of both travel agents and end consumers.”