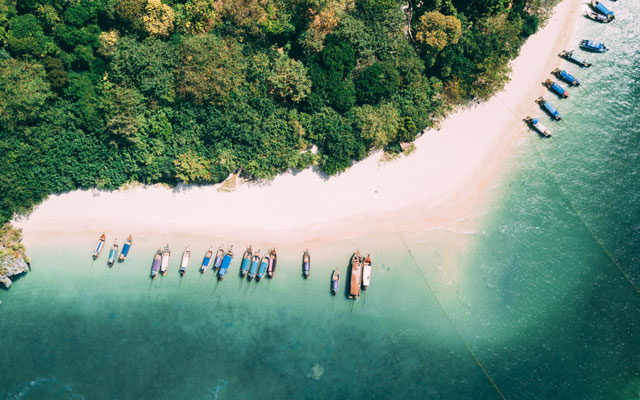 The Tourism Authority of Thailand (TAT) has confirmed plans to reopen Krabi and Phang Nga to fully vaccinated international tourists are set to start within this month.

Krabi and Phang Nga are scheduled to reopen selected areas under a 7+7 model. This will allow foreign tourists under the Sandbox programme to reduce the mandatory stay in Phuket from 14 to seven days, after which another seven nights can be spent in Krabi (Ko Phi Phi, Ko Ngai, and Railay Beach), and Phang Nga (Khao Lak and Ko Yao).

The 7+7 model aims to provide international tourists with more options to visit multiple destinations during their trip to Thailand. Krabi and Phang Nga are ideal for this given their proximity to and ease of access from Phuket.

At the same time, TAT also reiterated that both the Phuket Sandbox and Samui Plus programmes are going ahead as usual.

Thanakorn Wangboonkongchana, spokesperson of the Centre for Economic Situation Administration, said Thailand’s prime minister Prayut Chan-o-cha had been keeping a close watch on the Phuket Sandbox and Samui Plus programmes, and voiced confidence that the country’s reopening plan could proceed in a way that ensures the health and safety of both the tourists and local people.

TAT said that the new Covid-19 cases in Phuket were mostly detected among locals, construction camp workers and domestic travellers; with only a small number of cases found among international arrivals.

From July 1 until August 1, Phuket recorded 14,910 international arrivals under the Sandbox programme. Of these, 34 tested positive for Covid-19 and had been sent for medical treatment. To contain local transmission, Phuket has stepped up screening measures on domestic travellers, effective from August 3-16.

Phuket, Krabi, and Phang Nga are declared among the 11 Controlled Areas or orange zone provinces in Thailand’s expansion of the Covid-19 restrictions from August 3-31.

Meanwhile, the recently-reported 54 new cases on Koh Samui from a restaurant cluster has been brought under control, TAT said, adding that none of the infections were related to foreign tourists under the Samui Plus scheme or those who continued their journey from the Phuket Sandbox programme.

From July 15 to August 1, Surat Thani recorded 137 international arrivals under the Samui Plus programme, with one person testing positive for Covid-19. In addition, there were 211 tourists from the Phuket Sandbox programme. Surat Thani has since stepped up virus control measures.