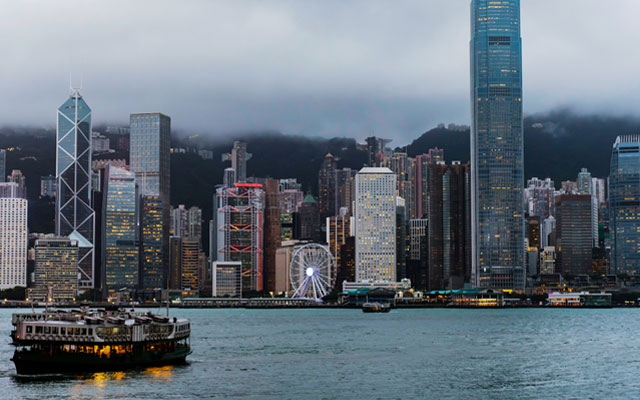 Hong Kong’s tourism industry is showing tentative signs of revival, with the country’s successful containment of the Covid-19 pandemic and the national vaccine rollout gaining steam.

As of August 3, Hong Kong has seen a 57-day streak of zero locally transmitted Covid-19 cases. Meanwhile, nearly 50 per cent of the city’s population has received their first vaccine dose.

Cruise operations in Hong Kong have restarted with more than 1,000 passengers joining Genting Dream’s inaugural voyage on July 30. Meanwhile, the EU has put the city in a safe list with some states allowing quarantine-free travel for vaccinated Hong Kong visitors.

Members of the group had their quarantine period shorten from 14 to seven days, with the presentation of a positive serology antibody test, he added.

Lee shared that people love travelling to longhaul destinations, especially to quarantine-free places. “We have received enquiries on itineraries longer than 20 days – most of them are from retired civil servants who used to travel several times a year but got stuck (in Hong Kong) for the last 1.5 years so the demand is there. It’s a sort of ‘revenge travel’,” he said.

“This segment will be our target from the outset as they have money and time to spend. As long as we sort out routes and prices, they are ready to go.”

Small group travel and mono-destination trips are also gaining popularity among travellers, observed Lee. “Our clients prefer not to travel with someone whom they don’t know in a tour group,” he said.

As well, more travellers are seeking out boutique hotels and countryside itineraries over city breaks and five-star properties, according to Lee. He also noted that these new preferences mean clients would have to fork out 30 per cent more than the usual tour prices.

“Thankfully, our suppliers in Europe could deploy a smaller, 15-19-seater coach to accommodate (smaller tour groups),” he said, adding that this vehicle type was not utilised for group tours in Europe until growing demand surfaced among mainland Chinese travellers for private group travel in the continent a few years ago.

Predictions on travel recovery were mixed among outbound operators in Hong Kong.

However, Hong Kong Outbound Tour Operators’ Association chairman, Johnny So, opined that Hong Kongers would be deterred from travelling unless they were exempted from quarantine upon their return home.

“What’s more, international flight connection is still limited and some destinations are no longer covered,” he said, adding that people may also shun travel due to the spread of the highly contagious Delta variant.

So further said that the only hope for the revival of tourism in Hong Kong is for the city to reopen its borders to China as mainland Chinese travellers are the “bread and butter of inbound and outbound travel business”.

Inbound-wise, there is no light at the end of the tunnel yet, especially with the government announcing that it will tighten border control measures for inbound travellers from August 9, in view of recent imported Delta variant cases.

Hong Kong Association of Travel Agents consultant, Richard Willis, pointed out that within the sector, inbound business has been the most severely impacted, with several roadblocks laying in its path to recovery.

He elaborated: “As most recent Covid-19 cases are imported, the government remains very cautiously (about border controls). We have a strict quarantine rule so if we want to reactivate inbound traffic in future, there is a need to recognise some vaccine passports.”

He also noted that a lot of longhaul visitors to Hong Kong opt to travel to multiple destinations within the region, so travel restrictions in other parts of Asia will impact inbound demand. For short-haul, the main deterrent to travel to Hong Kong is that travellers have to serve quarantine upon return to their home countries. Hence, the key to stimulate tourism will depend on the loosening of quarantine rules imposed by governments.

Willis said: “The pent-up demand is there and I see that Asians in particular want to travel. However, there is still too much uncertainty at this point in time and people generally want to travel in their own region for now. We hope that borders will reopen soon – not just Hong Kong’s but also those within the region, as lots of people take multi-destination trips.”