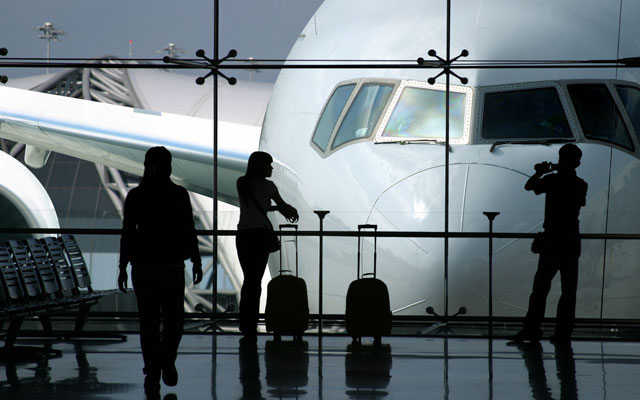 Total demand for air travel in June 2021 (measured in revenue passenger kilometers or RPKs) was down 60.1 per cent compared to June 2019, which followed a normal demand pattern before the Covid-19 crisis. That marked a small improvement over the 62.9 per cent decline recorded in May 2021 versus May 2019.

International passenger demand in June was 80.9 per cent below June 2019, an improvement from the 85.4 per cent decline recorded in May 2021 versus two years ago. All regions with the exception of Asia-Pacific contributed to the slightly higher demand.

Total domestic demand was down 22.4 per cent versus pre-crisis levels (June 2019), a slight gain over the 23.7 per cent decline recorded in May 2021 versus the 2019 period. The performance across key domestic markets was mixed, with Russia reporting robust expansion while China returned to negative territory.

“We are seeing movement in the right direction, particularly in some key domestic markets. But the situation for international travel is nowhere near where we need to be. June should be the start of peak season, but airlines were carrying just 20 per cent of 2019 levels. That’s not a recovery, it’s a continuing crisis caused by government inaction,” said Willie Walsh, IATA’s director general.

Asia-Pacific airlines’ June international traffic fell 94.6 per cent compared to June 2019, unchanged from the 94.5 per cent decline in May 2021 versus May 2019. The region had the steepest traffic declines for an eleventh consecutive month. Capacity dropped 86.7 per cent and the load factor was down 48.3 percentage points to 33.1 per cent, the lowest among regions.

European carriers saw their June international traffic decline 77.4 per cent versus June 2019, a gain from the 85.5 per cent decrease in May compared to the same month in 2019. Capacity declined 67.3 per cent and load factor fell 27.1 percentage points to 60.7 per cent.

Middle Eastern airlines posted a 79.4 per cent demand drop in June compared to June 2019, improving from the 81.3 per cent decrease in May, versus the same month in 2019. Capacity declined 65.3 per cent and load factor deteriorated 31.1 percentage points to 45.3 per cent.

North American carriers’ June demand fell 69.6 per cent compared to the 2019 period, improving from the 74.2 per cent decline in May versus two years ago. Capacity sank 57.3 per cent, and load factor dipped 25.3 percentage points to 62.6 per cent.

Latin American airlines saw a 69.4 per cent drop in June traffic compared to the same month in 2019, improved over the 75.3 per cent decline in May compared to May 2019. June capacity fell 64.6 per cent and load factor dropped 11.3 percentage points to 72.7 per cent, which was the highest load factor among the regions for the ninth consecutive month.

African airlines’ traffic fell 68.2 per cent in June versus the same month two years ago, an improvement from the 71.5 per cent decline in May compared to May 2019. June capacity contracted 60.0 per cent versus June 2019, and load factor declined 14.5 percentage points to 56.5 per cent.

China’s domestic traffic returned to negative territory in June, declining 10.8 per cent compared to June 2019, following a 6.3 per cent growth in May versus the same period in 2019. IATA attributed the decline to new restrictions introduced following a Covid-19 outbreak in several Chinese cities.

US domestic traffic improved from a 25.4 per cent decline in May versus the same month in 2019, to a 14.9 per cent decline in June. Life in the US was starting to see some normalcy following the easing of measures and the rapid rollout of the Covid-19 vaccination, noted IATA.

Walsh said: “With each passing day, the hope of seeing a significant revival in international traffic during the Northern Hemisphere summer grows fainter. Many governments are not following the data or the science to restore the basic freedom of movement.

“Despite growing numbers of vaccinated people and improved testing capacity, we are very close to losing another peak summer season on the important trans-Atlantic market. And the UK’s flip-flop to reinstate quarantine for vaccinated arrivals from France is the kind of policy development that destroys consumer confidence when it is most needed.

“A risk-managed re-connecting of the world is what we need. Vaccinated travellers should have their freedom of movement returned. An efficient testing regime can sufficiently manage risks for those unable to be vaccinated. This is the underlying message in the latest WHO travel guidance.

“The UK, Singapore and Canada have indicated timelines to open their borders without quarantine for vaccinated travellers. The European Commission has recommended that its member states adopt travel protocols that are closely aligned with the WHO – including testing for unvaccinated travellers. Similar moves to reopen borders in line with the WHO guidance by the US – leaders in vaccinating their populations – would give critical impetus to demonstrating that we can live and travel while managing the risks of Covid-19.”