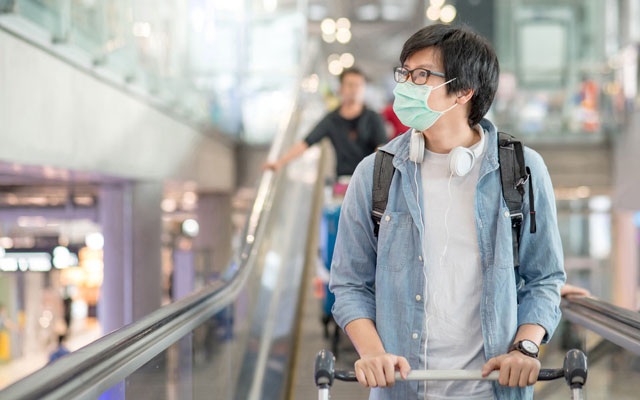 A ForwardKeys analysis has found that pent-up travel demand in China is translating to more and longer stays in destinations close to home, in particular Macau and Hainan.

From March to May this year, both Haikou and Sanya in Hainan province recorded growth in air arrivals when compared to the same period in 2019. May saw the largest increase, thanks to the Labour Day holiday, with Haikou gaining 39 per cent more domestic arrivals and Sanya 49 per cent more.

All tickets issued as of June 7 for travel to Sanya during June and August are currently 33.2 per cent ahead, while tickets to Haikou are only 6.4 per cent behind 2019’s.

Big Chinese cities have emerged the most enthusiastic feeders of tourism traffic to Hainan. Shanghai is the top source market for Hainan in general, with bookings increasing 154 per cent to Sanya and 60 per cent to Haikou.

While Beijing arrivals to Sanya has leapt by 82 per cent, arrivals to Haikou are on par with 2019.

Arrival figures from Zhejiang to Sanya and Haikou have maintained double-digit growth.

In a further demonstration that central cities prefer Haikou over Sanya, 50 per cent of domestic arrivals in Haikou are from Chengdu and 46 per cent are from Wuhan.

On the other hand, Guangdong province’s recent surge in Covid-19 cases has led to delayed, reduced bookings for Haikou, much more than for Sanya,

Over in Macau, Chinese travellers are now giving more time to the destination, instead of combining it with a few days in Hong Kong.

“People used to visit both destinations, say, for a five-day holiday. But in the pandemic era, due to safety concerns and travel restrictions, people are choosing just one destination and enjoying the experience at a slower pace,” said Nan Dai, China market expert at ForwardKeys.

During the first five months of 2021, the share of Chinese travellers staying at a destination for three to five nights has increased significantly, by 32 per cent when compared to 2019. Meanwhile, there was a 30 per cent drop in shares of one- to two-night stays.

Since Macau reopened to mainland China on February 23, the number of issued tickets has been building up. In the first week of June, issued tickets for travel from mainland China to Macau reached 48 per cent of 2019’s level, while in general outbound Chinese travel recovered only four per cent.

When examining Macau’s top source markets from the mainland, data reveals that Chengdu and Nanjing have recovered relatively quickly, reaching 60 to 70 per cent of their pre-epidemic levels.

Dai added that 59 per cent of domestic Chinese travellers are now booking their trip to Macau in under four days.