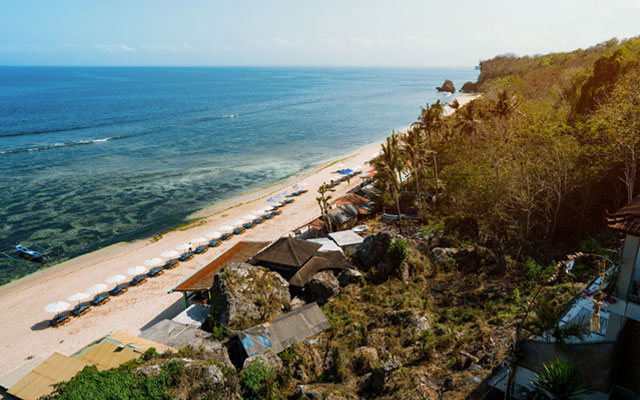 A government-led programme that will dispatch Jakarta-based civil servants to work remotely from Bali is set to be rolled out as part of efforts to revive domestic tourism in the pandemic-ravaged island.

The Work from Bali (WFB) programme led by the Coordinating Ministry of Maritime Affairs and Investment (CMMAI) will assign civil servants from the office and its seven subordinate ministries, including the Ministry of Tourism and Creative Economy, to work from hotels on the island.

Under the programme, Bali will host not only the ministries’ regular meetings but also international events for the year ahead to prove that the island is safe.

Depicting Bali as a Covid-safe destination is expected to lure more domestic tourists to the island and raise hotel occupancy during this pandemic, opined Odo Manuhutu, deputy for tourism and creative economy at CMMAI.

He recalled that when the government held the Bali Investment Forum in March, the host hotel saw a rise in occupancy from eight to 50 per cent within the week.

On May 18, CMMAI and Indonesia Tourism Development Corporation (ITDC) signed a MoU for the WFB programme to be launched in ITDC’s Nusa Dua complex, which is home to 16 hotels.

Sandiaga Uno, minister of tourism and creative economy, said that the WFB initiative is aimed at providing emergency help to Bali hotels struggling with record-low occupancy rates averaging at around nine per cent. He further noted that the island’s GDP contracted by 9.31 per cent in Q1 of this year, lowest among the 34 provinces in Indonesia.

“We hope that with WFB in place, Bali can see a positive economic growth in late Q3 or Q4,” he said.

Sandiaga added that the WFB programme is also part of the government’s effort to prepare tourism players in Bali to welcome foreign visitors once borders reopen. Nusa Dua is one of three green zones being prepared for international travellers under the Travel Corridor Arrangement.

CMMAI is still mulling the number of civil servants that will take part in the WFB programme, according to Sandiaga, but his office proposed 25 per cent of employees from each participating ministry.

He also expressed hopes for corporates in Bali and other regions to follow suit, and opt to remote work from the resort island.

I Putu Astawa, head of Bali Tourism Agency, said that the Bali administration would rope in pecalang (traditional Balinese guards) from 1,493 customary villages across Bali to help armies and police personnel monitor the WFB programme and ensure strict enforcement of health protocols on-site.