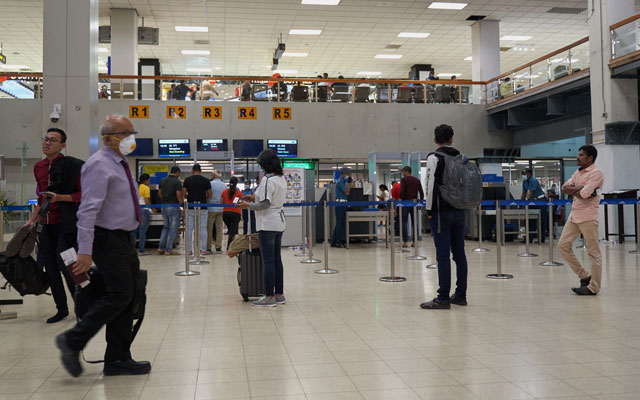 Sri Lanka will reopen its two international airports to foreign arrivals on June 1, following a 10-day shutdown to curb a rising tide of Covid-19 infections.

The country has been placed under an islandwide lockdown since May 21 lasting till June 7, with restrictions to be lifted for three days in-between for 19 hours per day to enable Sri Lankans to secure their essential provisions.

On Tuesday, the Department of Civil Aviation said the airports would be reopened on June 1, but noted that the ban on travellers from India, which has been engulfed by a tsunami of infections, would remain.

Under new guidelines, only 75 passengers comprising both Sri Lankans and tourists will be permitted per flight. The airports are currently open only for outbound passengers.

The announcement of the airports’ reopening has been welcomed by industry officials who said even though arrivals have been merely a trickle since the airports reopened on January 21 after a prolonged pandemic shutdown last year, it means the country is back in business and open for tourism.

Arrivals totalled 9,629 from January 21 to end-April 2021 – a sharp drop compared to the 507,311 arrivals in the January-April period in 2020. Kazakhstan, Ukraine, Germany, India and China were the top five tourist generating markets during this pandemic period.

In the meantime, a former Sri Lankan ambassador in Russia and now tourism entrepreneur has announced that he would bring down 2,500 travellers from Russia as soon as the airports reopen.

Udayanga Weeratunga was quoted by the Daily Mirror newspaper as saying that discussions are ongoing with Russia’s Aeroflot airline and SriLankan Airlines for each carrier to operate at least one weekly flight between Moscow and Colombo, with at least 275 passengers arriving in Sri Lanka per week.

Weeratunga was also responsible for a pilot project bringing nearly 3,000 tourists from Ukraine to Sri Lanka between December 28, 2020 and January 19, 2021 in 12 flights operated during this period.