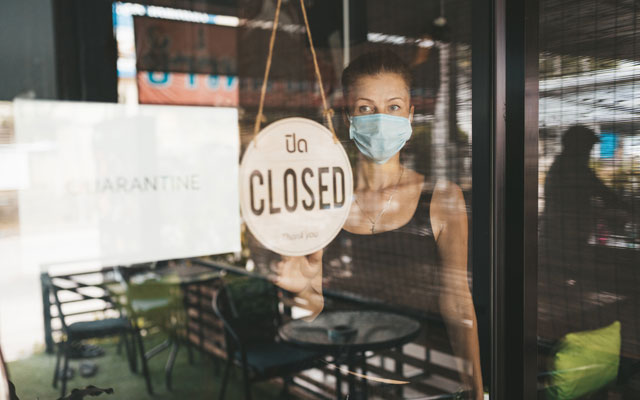 As a fresh wave of Covid-19 outbreak in Thailand continues to hamper the tourism industry’s rebound, more travel companies and tourist bus operators across the country have ceased operations.

The spate of closures signals that the pandemic has had a far more severe impact on the industry as compared to the financial crisis “Tom Yum Kung” in 1997 and previous episodes of political tensions over the years.

Earlier this week, the Thai Hotels Association stated that they would only be able to continue retaining their employees for one more month. It also warned that if the dire situation prevails, more hotel closures and staff layoffs are likely to follow.

Meanwhile, the Thai Restaurant Association (TRA) is strongly urging the government to lift the ban on dine-in services at eateries in six provinces – Bangkok, Chiang Mai, Chon Buri, Nonthaburi, Pathum Thani and Samut Prakan – that was enforced following a surge in virus cases after the Songkran Festival.

This followed an earlier order by the government that all restaurants and food shops in the provinces are allowed to open until 21.00 only to offer takeaways. The new measures will put hundreds of thousands of jobs at risk, TRA said.

Between April 2021 and now, some 10 to 15 per cent of the remaining 13,000 travel companies across Thailand have closed their doors.

“Many more tour companies, especially SMEs, are expected to ‘disappear’ in the near future,” Phuriwat Limthavornrat, managing director of P. Incentive Tour Event Co and president of the Association of Domestic Travel said on Thursday (May 6).

He estimated that some 60,000 to 70,000 tourism workers have lost their jobs since the pandemic, with many more layoffs to follow “soon”.

He added that the pandemic has wiped out all non-registered or illegally-run travel companies, while long-established firms with licenses have remained, but downsized staff.

According to president of the Thai Transportation Operators Association, Wasuchet Sophonsathien, more than 20,000 buses out of a total 40,000 to 50,000 buses have been mothballed due to a tourist drought.

As a result, tourist bus operators are suffering losses totalling an estimated 50 billion baht (US$1.6 billion) per month.

Wasuchet said that the tourism lull’s impact on transportation is generally less than that on hotels, based on asset value comparison. As such, bus service providers can afford to wait out the tourist drought for an additional four to five months.

The association is calling on the government for financial assistance as well as to lure foreign tourists back to the country as soon as possible to save the sector from collapse.