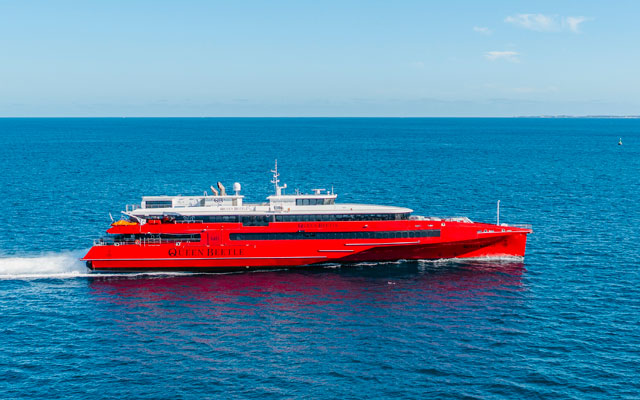 JR Kyushu Jet Ferry has launched local sightseeing cruises on its Queen Beetle Hydrofoil in Fukuoka Prefecture in response to the suspension of international travel due to Covid-19.

Once operating between Fukuoka and Busan in South Korea, the cruise line secured special permission from Japan’s transport ministry to run domestic cruises after its operations had been suspended for a year.

To maintain the link with South Korea, Tokyo-based travel agency H.I.S. is selling cruise packages that include a shopping trip to a Korean supermarket at Hakata Station and a boxed lunch featuring Korean-style chicken or bibimbap rice dish.

Most customers are from Fukuoka but JR Kyushu Jet Ferry hopes to attract residents in the Kanto and Kansai regions once domestic travel resumes after the end of Japan’s state of emergency on May 11.