Although the pandemic has frozen travel and tourism over in 2020, the cruise industry has proven its resilience. Pamela Chow finds out how Asia’s players are rebuilding cruise confidence among travellers and the trade. 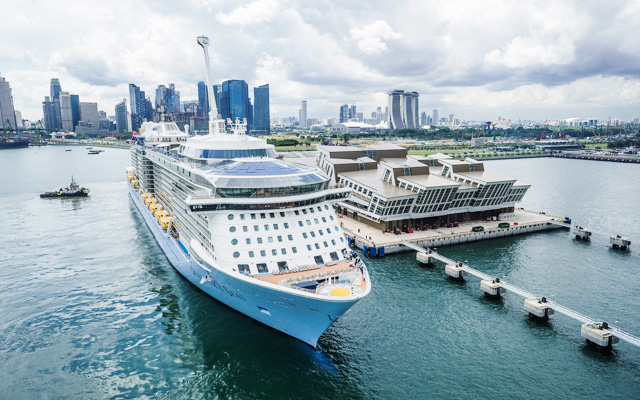 This time last year, Covid-19 anchored holiday ships to their ports and sailing seasons met an abrupt end. In the tense months that followed, the cruise industry was left teetering in uncertain waters.

Relief could not have come sooner. On July 26, Dream Cruises broke through the fog with island-hopping itineraries out of Keelung in Taiwan. The move proved a success: more than 25,000 guests flocked to the decks of Explorer Dream over 22 sailings in two months, signalling to the industry that Asia’s markets were more than ready to restart cruising.

Taking cue, the company relaunched World Dream sailings in Singapore with a collection of Super Seacation itineraries in November 2020, when the Singapore Tourism Board started a pilot scheme for round-trips – but only open to local residents. Royal Caribbean International (RCI) also came on board with Quantum of the Seas. Both vessels sailed at a reduced capacity of up to 50 per cent.

Navigating adversity
Market sentiment is so stable that, despite a snag in Quantum of the Seas’ maiden sailing – one passenger was tested positive for Covid-19 on board, which later turned out to be a false positive – demand for sailings remained largely unfazed.

Angie Stephen, managing director, Asia Pacific, RCI, shared: “Our bookings have shown that there is still a strong demand for cruising. We are seeing a lot of interest from new-to-cruise consumers as well as repeat cruisers. Bookings have been brisk over the past three months. We have extended the Singapore season for Quantum of the Seas until June 21 (2021).”

The false positive scare seems to have only scraped the industry, as Dream Cruises has also pulled through relatively unscathed. Michael Goh, president of Dream Cruises and head of international sales, Genting Cruise Lines, described: “(In) Singapore, we are all part of an interconnected and small cruise industry; the impact of one cruise line will often have an impact on another and the industry as a whole.

“Having said that, overall demand continues to be encouraging, especially during the school holidays and the various festive seasons. Riding on these, we have extended both our itineraries in Taiwan until October 1 and in Singapore until June 27.”

The key, explained Goh, has been the education of consumers and travel partners on safety and preventive measures as well as impressing how cruising has evolved with the changing landscape.

For instance, Dream Cruises has undertaken a higher frequency and increased levels of sanitisation and disinfection on board, online check-in, staggered registration and mandatory use of contact tracing through Singapore’s TraceTogether system.

Similarly, RCI has invited trade partners to experience the safe way of cruising on its Ocean Getaways.

This transparency and commitment to safety is “the most important factor in lifting consumer confidence in cruising”, expressed Joel Katz, managing director Australasia & Asia, Cruise Lines International Association (CLIA). He said: “The cruise industry’s new global health protocols are among the most extensive of any industry, (and) they help foster confidence among governments and travellers alike. The fact that cruises have been operating successfully in a carefully managed environment has done a great deal to build confidence.”

According to CLIA’s recent consumer research, 74 per cent of cruisers indicated that they were likely to cruise again in the next few years, and two out of three respondents were willing to cruise within a year. Katz added that this might inspire “a phased resumption in other countries”.

“Our 2021 wave offer has also performed well, demonstrating great success with Seven Seas Explorer for voyages around Australia, New Zealand, Asia, and the Mediterranean. Looking beyond 2021, we have already seen the incredible pent-up demand for future travel across Regent Seven Seas Cruises. A good example of this is our longer Grand Voyages, which are booking strong,” said Odell.

Saved by the syringe
As Covid-19 vaccinations are progressively rolled out across the globe, the road to recovery may be paved even sooner. Katz said: “The roll-out of vaccines will obviously play a huge part in the global response to the pandemic, and advances like this are very encouraging.”

Already, Crystal has taken the bold step. In February, it announced a mandate for all guests and crew to be fully inoculated at least 14 days prior to sailing, and in the meantime, paused its operations through May for its River fleet, June for its Ocean ships and August for Crystal Esprit. Its interim president and CEO, Jack Anderson, stated the importance of vaccinations is indicated by “a recent (survey) of cruisers that revealed more than 80 per cent of respondents would cruise if a vaccine were required”.

While it remains to be seen if other cruise players will follow suit, the next steps are clearer than ever. “Importantly, the cruise industry’s new health measures are designed to provide extensive protective protocols regardless of vaccination status,” clarified Katz.

RCI, for instance, has begun to devise global protocols based on recommendations from the Healthy Sail Panel – a taskforce of globally recognised medical and scientific experts – such as upgraded heating, ventilation and air conditioning systems.

More than promising a safe cruising experience, Dream Cruises has taken time to sharpen the cruise product. World Dream has become the first cruise ship in Asia-Pacific to receive certifications from both the United World Halal Development and the Global Vegetarian Certification Services.

Explorer Dream will return to Taiwan for more island-hopping voyages to Penghu, Kinmen and Matsu Island, with the Bohemian Voyage theme debuting to offer immersive activities such as glamping at sea, the Boho Bazaar and Tarot reading workshops.