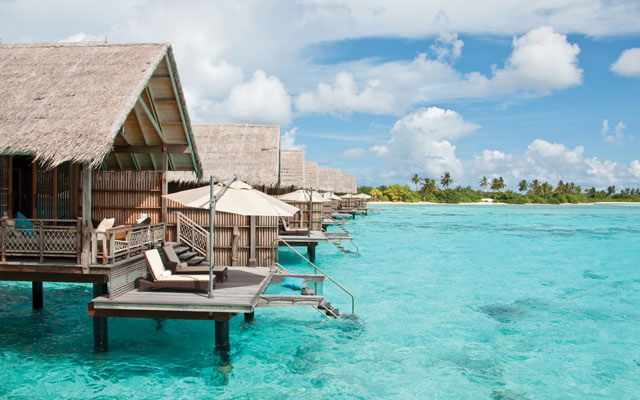 After a year of being homebound, travellers are looking to level up their travel plans in 2021 by splurging on luxury accommodation and destinations, and taking multiple trips, according to a TripAdvisor study.

The research was based on global traveller search behaviours and sentiment data across six markets, namely, the US, the UK, Australia, Italy, Japan and Singapore.

It found that having sacrificed vacation time in 2020, people want to make this year count by spending more on luxury lodging and far-flung destinations. Out with the weekend backpacking and budget hotels, and in with the beachside villas and picture-perfect locations.

Despite the financial impact of Covid-19 hitting many hard, in the first three weeks of January, global travellers on TripAdvisor were searching for pricier trips than they had during the same period in the past two years.

In fact, the average cost of a single future trip in 2021 that travellers globally are planning on TripAdvisor has jumped 13 per cent since January 2019. In the UK and Singapore, that rises even more significantly, to an increase of 64 per cent and 45 per cent, respectively, since 2019.

When looking at the international destinations showing the biggest increase in hotel searches for trips planned in 2021, based on searches in the first two weeks of January (versus the same period in 2020), it is clear to see where some of those dollars may be going.

In Asia-Pacific, travellers are longing for high-end trips to visit cities like Singapore, Bangkok and Dubai. Meanwhile, travellers in Brazil, Germany and Spain prefer the overwater bungalows and pristine waters of Bora Bora and the Maldives.

These same trends can be seen in the destinations that are popping up on the TripAdvisor travel wishlist – spots people have been “saving” on the platform in the last 12 months.

Some of the projected increased travel spend seen on TripAdvisor extends to the choice of accommodation, with more than one in ten (11 per cent) global travellers planning to go luxe on accommodation in 2021.

In fact, of the six nations surveyed, travellers from Singapore and the US are the most likely to have already booked a luxury hotel stay in 2021 – almost one in five have already done so (19 per cent and 18 per cent, respectively), compared to the global average of one in seven (14 per cent).

Search behaviour for luxe accommodations on TripAdvisor in January 2021 also reveal high search demand for luxury beach resorts and luxury spa resorts – which appeared to be recovering the fastest year-on-year.

The 2021 travel splurge is also apparent in the number of trips travellers plan to take throughout the year. More than a quarter of Singaporeans (28 per cent) surveyed said that they plan to take three or more international trips in 2021 – this is ahead of the global average of 24 per cent.

Val Anthony, senior research analyst, Tripadvisor, said: “2020 was a year the world’s horizons narrowed by necessity, but that has only made travellers everywhere more determined than ever to spend big on adventure and exploration in 2021, and we are seeing that in the trips millions are planning around the world.”